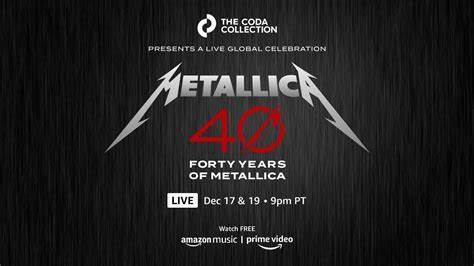 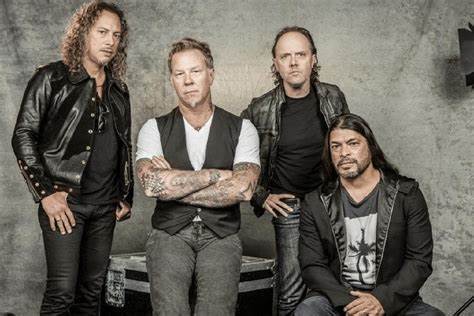 While in-person tickets were available exclusively to members of the group’s Fifth Member fan club, now METALLICA fans across the globe will be able to view both performances live from home or on mobile via Amazon Music, Amazon Music‘s Twitch channel, and Prime Video (with or without Prime on-demand viewing membership) beginning at 9 p.m. PT /12 a.m. ET / 5 a.m. GMT / 2 p.m. JST each night. The shows will then be made available exclusively at The Coda Collection/Prime Video channel for subsequent viewing.

The 40th-anniversary live stream and films are just the beginning, kicking off an extensive partnership between The Coda Collection and METALLICA, which will include a full slate of concert films, documentaries, and additional content spanning the band’s career arriving on the channel exclusively throughout 2022, alongside popular music films from the likes of FOO FIGHTERS, Jimi Hendrix, GRATEFUL DEAD, and many more.

For more information on “40 Years Of Metallica” and to sign up for a tune-in reminder, go to this location. To see a full list of the Metallica San Francisco Takeover activities and get daily updates, go to www.metallica.com.

METALLICA is also teaming up with Amazon Music to release “The Metallica Takeover”, a guest-hosted station available exclusively to Amazon Music Unlimited subscribers and Prime members. The band members will break down stories spanning the evolution of their music, set to a curated soundtrack featuring their biggest hits, fan favorites, and deep cuts.

Launched in February 2021, The Coda Collection is available exclusively via Prime Video channels. This unique, subscription streaming offering features an exclusive, curated selection of the most iconic music documentaries, concert films, and episodic series spanning decades and genres paired with a complementary website exploring new perspectives on music and featuring exclusive interviews with some of the biggest names in music.

The Coda Collection is available to Amazon Prime members in the U.S. now for $4.99 per month with a free seven-day trial.

To explore The Coda Collection and to sign up for a free seven-day trial, visit www.codacollection.co.

This past July, METALLICA announced details of its massive 40th-birthday celebration: The band will mark this milestone by inviting the worldwide METALLICA family to join them in their hometown of San Francisco for two unique live shows featuring two different setlists December 17 and 19 at Chase Center. Tickets for these shows were made available only to registered members of METALLICA‘s Fifth Member fan club.

The 40th-anniversary shows see METALLICA return to Chase Center for the first time since the September 2019 “S&M²” concerts that also served as the venue’s grand opening. It was impossible not to notice that fans from more than 60 countries traveled to the City by the Bay and completely took over San Francisco for “S&M²” weekend. That outpouring of positive vibes from around the world inspired METALLICA to invite those Fifth Members back — and this time, in addition to the two shows at Chase Center, METALLICA will be curating other live music and comedy events, Blackened Whiskey tastings, and so much more all around the city during the long four-day weekend of celebrations starting on Thursday, December 16.

Formed in 1981 by drummer Lars Ulrich and guitarist/vocalist James Hetfield, METALLICA has become one of the most influential and successful rock bands in history, having sold nearly 120 million albums worldwide and generating more than 2.5 billion streams while playing to millions of fans on literally all seven continents. The band’s several multi-platinum albums include “Kill ‘Em All”, “Ride The Lightning”, “Master Of Puppets”, “… And Justice For All”, “Metallica” (commonly referred to as The Black Album), “Load”, “Reload”, “St. Anger”, “Death Magnetic” and “Hardwired… To Self-Destruct”, released in November 2016 and charting at No. 1 in 32 countries.

METALLICA‘s awards and accolades include nine Grammy Awards, two American Music Awards, multiple MTV Video Music Awards, and its 2009 induction into the Rock And Roll Hall Of Fame. In June of 2018, the band was awarded one of the most prestigious musical honors in the world: Sweden’s Polar Music Prize. METALLICA‘s newest release, the “S&M²” album and film, arrived in August 2020 on the band’s own Blackened Recordings label. “S&M²” chronicles METALLICA and San Francisco Symphony‘s September 6 and September 8, 2019 “S&M²” concerts that served as the grand opening of San Francisco’s Chase Center and reunited the band and Symphony for the first time in 20 years. “S&M²” brings those historic shows back to life, capturing more than two and a half hours of James, Lars, Kirk Hammett and Robert Trujillo joining forces with the nearly 80-strong San Francisco Symphony, legendary music director of the orchestra Michael Tilson Thomas and conductor Edwin Outwater. 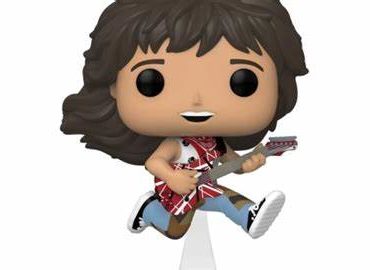 The popular vinyl collectible company Funko — best known for its big-headed Pop! figures — has announced its latest artist collaboration: Eddie Van Halen. Due in January 2022, the vinyl figure is approximately 3.75 inches tall. It comes packaged in a window display box. Earlier today, Eddie Van Halen's son Wolfgang took to his Instagram to write: "Pop signed off on this way back in 2019 and it's wonderful to see it finally come to fruition. So stoked with how […]