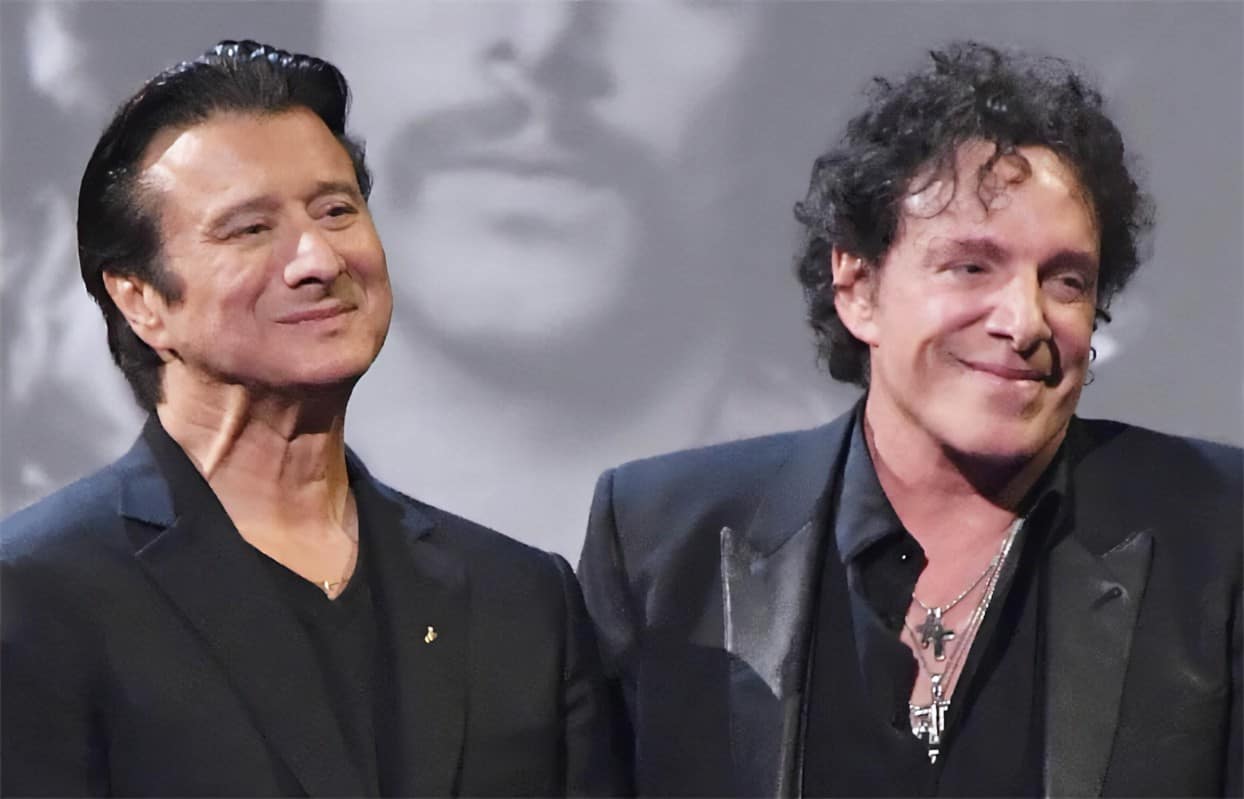 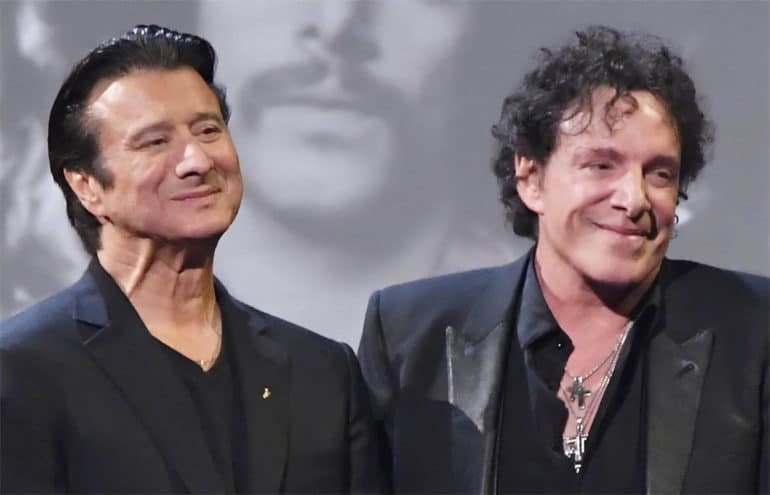 JOURNEY guitarist Neal Schon has commented on the legal action taken by the band’s former singer Steve Perry against Schon and keyboardist Jonathan Cain over the trademarks to 20 of the group’s biggest songs.

Schon and Cain, through their company Freedom JN LLC, own the trademark registrations to many of JOURNEY‘s biggest hits, covering the use of the names on T-shirts, hoodies and other forms of apparel, making it easier for the band to sue someone selling those items. The U.S. Patent and Trademark Office issued the registrations between February and May.

In his petition, Perry claims the trio had an agreement that required unanimous consent for any business decision related to the trademarks and that he had not authorized said consent. He also accuses Schon and Cain of “fraud on the trademark office” by what he claims is inaccurate information about the trademark.

Perry‘s petition notes: “No partner may authorize, approve or disapprove any use or exploitation, or grant or license any rights in or to any group compositions, in whole or in part, (including, without limitation, the titles thereof) in connection with any product or otherwise, without the prior, written, unanimous consent of all of the partners.”

After several publications reports on Perry‘s legal action on Tuesday (September 20),Schon took to social media to weigh on the matter, writing: “What a bunch of total crap.
“Here’s how it goes friends.

“Jon Cain calls a board of directors meeting out of nowhere then before I found out about the meeting Jonathan came to me and said he didn’t like what they (Ross [Valory, then-JOURNEY bassist;] [Steve] Smith [then-JOURNEY drummer;] Perry and Herbie [Herbert, former JOURNEY manager]) were planning. On that meeting Steve Ross Smith and Herbie voted myself and Cain off the board of directors and Steve and all voted Ross in my place and Smith in Jons.

“They all knew at this time I’d been investigating our Trade marks for years trying to get to the bottom of all corruption as we found ( my wife and I ) that nothing had ever been Trade Marked besides our music. They all went for a take over and it didn’t work. Quite simple.

“So my Wife Micheale Schon found a legitimate Trade Mark attorney that wasn’t in the corrupt musical circles and we were then Successful in attaining it to Protect everything we built. We had been getting ripped off since the beginning until I shut it down.

“So the question is Why did Nobody else’s ( attorneys Steve‘s – who was actually ours at one time also and individual band attorneys and accountants) and other so called trade mark attorneys help us do this ? It was a giant corrupted ring of people that either Managnent or accountants hired to work for us cashing in on all our merchandise till now.

“At this point I decided to go for All album titles as well as song titles. The more we got educated on how Song Writing and Copy rights have NOTHING to do with Trade Marks.

“You haven’t heard the last of this friends. We are going to peel back the onion.

Perry reunited with JOURNEY for the first time in years as they were inducted into the Rock And Roll Hall Of Fame in April 2017. The iconic singer appeared onstage with his former bandmates as they each gave speeches, but did not perform with the group later in the event.

Perry‘s final full concert with JOURNEY took place in early 1987. He later rejoined his bandmates for a brief performance in 1991 to honor late concert promoter Bill Graham. He also appeared with JOURNEY when they received a star on the Hollywood Walk Of Fame in 2005.

Back in October 2018, Perry told Rolling Stone that he couldn’t imagine working with Schon in any capacity again or even re-establishing their friendship.

The singer made his comments in response to Neal‘s frequent public calls for a renewed collaboration.

“I’m not sure that’s possible without stirring up hopes of a reunion,” Perry said. “Please listen to me. I left the band 31 fucking years ago, my friend. You can still love someone, but not want to work with them. And if they only love you because they want to work with you, that doesn’t feel good to me.”

Three and a half years ago, Schon and Cain were embroiled in a legal dispute with Smith and Valory. On March 3, 2020, Schon and Cain filed a lawsuit against Valory and Smith, who had been members of JOURNEY on and off since the band formed in 1973, claiming the two attempted a “coup” in order to gain control of the JOURNEY trademark. The suit, which sought more than $10 million in damages, accused Smith and Valory of holding an “improper” shareholder and board of directors meetings in February 2020 during which they ousted Cain and Schon from leadership posts at Nightmare Productions under the “incorrect” assumption that the company held the rights to the JOURNEY name. An answer filed by counsel defending Valory against the complaint’s allegations and the cross-complaint attempted to dispute and refute these allegations. 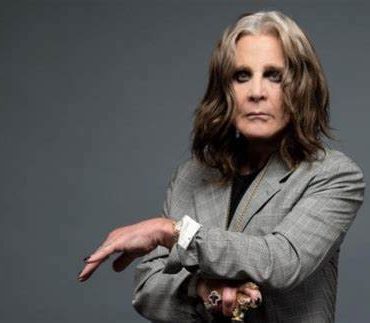 Rock And Roll Hall Of Fame inductee and Grammy-winning singer and songwriter Ozzy Osbourne has topped his previous chart entries with record-breaking numbers around the world for his critically acclaimed new album "Patient Number 9". Released September 9 and marking Ozzy's 13th solo studio album, it triumphantly sets new career highs for Ozzy. In the U.S., the album debuted at No. 1 on multiple charts: Top Album Sales (Ozzy's first No. 1 ever on this chart),Top Current […]