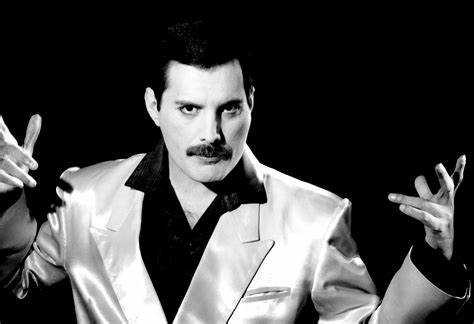 In November, BBC Two will broadcast “Freddie Mercury: The Final Act” — the story of the extraordinary final chapter of Freddie Mercury‘s life, as well as the journey leading up to the Freddie Mercury tribute concert at Wembley Stadium that followed.

Thirty years after Freddie died (in November 1991) from complications of AIDS, “Freddie Mercury: The Final Act” movingly captures the last years of Freddie‘s life. The film follows the story from Freddie‘s last concert to the tribute concert itself which took place on April 20, 1992. The documentary features new interviews with many of those who were closest to Freddie, including QUEEN members Brian May and Roger Taylor, Freddie‘s sister Kashmira Bulsara, his friends Anita Dobson and David Wigg and his PA, Peter Freestone. We also hear from those who performed at the epic gig, including Gary Cherone (EXTREME), Roger Daltrey (THE WHO), Joe Elliott (DEF LEPPARD), Lisa Stansfield and Paul Young, as well as the concert’s promoter, Harvey Goldsmith. The film also hears from those who saw the impact of HIV/AIDS first hand, either as medical practitioners, survivors, or human rights campaigners, including Peter Tatchell. The film starts in 1986, as QUEEN‘s “Magic” tour reaches its awesome climax at Knebworth Stadium in Hertfordshire and Freddie Mercury proves himself to be one of the greatest rock performers that the world has known.

Over the next few years however, he would secretly battle HIV/AIDS — a disease that was killing millions and intensifying homophobia. In the tragic aftermath of Freddie‘s death, Roger Taylor started approaching a range of stellar artists, including Elton John, David Bowie and Annie Lennox, and then along with bandmate Brian May, and QUEEN‘s manager Jim Beach, the three of them devised a plan to commemorate their friend’s life with what would become one of the biggest concerts in history.

The Freddie Mercury tribute concert was attended by over 70,000 people, with over a billion viewers on television. With one collective voice, for four glorious hours, the concert not only celebrated Freddie, but it also placed HIV/AIDS clearly in the spotlight and raised awareness of the disease. About the stigma surrounding HIV/AIDS at the time, Roger Taylor says: “We were very angry and we had to stick up for our friend — our best friend. I became fixated with the idea of giving him a hell of a send-off.”

“Freddie Mercury: The Final Act” is a story about friendship, love and a fight against prejudice — shown by the way in which Freddie‘s friends created a joyful celebration of his life, which not only burnished his reputation as one of the world’s great musical performers, but which also helped change social attitudes.

Jan Younghusband, head of commissioning at BBC Music TV, says: “James Rogan‘s film ‘Freddie Mercury: The Final Act’ is a poignant story of one of music’s most popular and talented musicians, and the legacy he left. Not only does it shine new light on Freddie Mercury‘s brave journey through those final five years of his life, it also tells a wider — and hugely important — story of the emergence of AIDS at the time and how the incredible tribute concert after his death, helped to change for the better public opinion about the crisis. The artists of QUEEN and others who were there, speak candidly for the first time.”

Director James Rogan said: “Making ‘Freddie Mercury: The Final Act’ has been an extraordinary journey into the final chapter of one of rock music’s greatest icons. Working with QUEEN and getting to see behind the scenes of some of their greatest performances and the legendary Freddie Mercury tribute concert was a rare privilege. Equally important was speaking to the people who had lived through the eye of the storm of the global pandemic of HIV/AIDS, with all its resonances with COVID today. Freddie‘s death and the tribute that QUEEN organized for him helped to change global awareness of this terrible disease at a critical time.”

To accompany “Freddie: The Final Act”, BBC Two will also show “Queen At The BBC” in November. “Queen At The BBC” is a one-hour special, featuring some of the greatest musical moments from Freddie Mercury, Brian May, Roger Taylor and John Deacon that have been shown on the BBC over the years. The legendary band’s huge international status and punishing touring schedules meant they made surprisingly few appearances on programs like “Top Of The Pops” and frustratingly for fans, several of those performances were lost or never recorded.

This collection celebrates the very best of what’s survived from one of most enduring and best-loved acts in British rock — and perhaps the most charismatic and best-loved frontman of all time. Among the gems are moments from the band’s celebrated 1975 concert at Hammersmith Odeon, London and highlights from the prestigious Montreux Pop Festival, where Freddie and the boys showed the rest how live performance was done. Songs in this program include the band’s first-ever U.K. hit, “Seven Seas Of Rye”, “These Are The Days Of Our Lives” and “Bohemian Rhapsody” — frequently voted the nation’s favorite song.

Broadcasting date and times will be announced later. 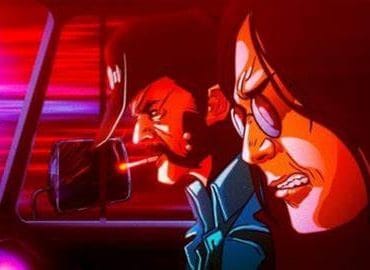 Ozzy Osbourne and his longtime friend and colleague Lemmy Kilmister of MOTÖRHEAD are reunited one last time in the new animated clip for their mash-up duet of "Hellraiser". The clip is an homage to their decades-long friendship. Produced by Hey Beautiful Jerk and directed by Mark Szumski and Gina Niespodziani, the video opens with Ozzy and Lemmy hanging out at the infamous Rainbow Bar & Grill on Sunset Boulevard (Lemmy's unofficial second home) surrounded by friends. The two are transported from a calm day playing […]