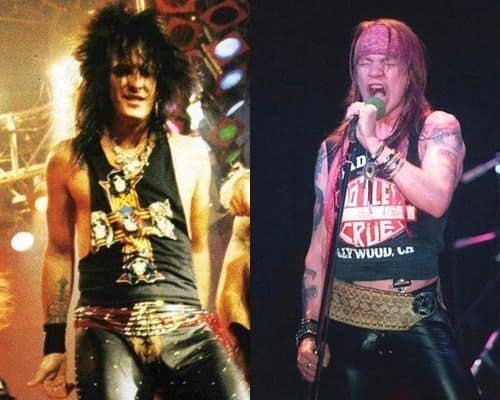 During a recent appearance on SiriusXM‘s “Trunk Nation L.A. Invasion”, Nikki Sixx discussed the fact that GUNS N’ ROSES apparently once considered recording a cover version of the early MÖTLEY CRÜE song “Stick To Your Guns”. The CRÜE bassist said (as transcribed by BLABBERMOUTH.NET): “After we took them out on tour, and they first put out ‘Welcome To The Jungle’, or was it ‘Sweet Child O’ Mine’, I remember going to the Rainbow [in West Hollywood], and I saw Axl [Rose, GN’R singer] there. And he jumped up and he said ‘hi’ and ‘thanks for the tour. Thanks for the tour because now MTV is gonna play ‘Sweet Child O’ Mine’.’ It really gave ’em a shot. And I was super stoked for those guys. And then he kind of told me he always loved that song ‘Stick To Your Guns’ and had thought about covering it in GN’R. That’s pretty cool to hear, that those guys thought that was cool. And that song’s got its own little life, so to speak.”

Back in 2016, Sixx told Neon Sunsets that he didn’t know Rose “that well. I mean, I knew him a bit in the ’80s when [GUNS N’ ROSES] opened for MÖTLEY CRÜE,” he said. “He was always sweet to me. He was always kind of shy and respectful. And I’m happy for him [now that he is reunited with Slash and Duff McKagan]. He looks happy. He looks healthy. He missed doing what he’s doing right now, and I’m sure having Slash and Duff by his side feels really good. So it’s badass. Good for him. And good for Slash and Duff too. Good for the fans.”

In his “The Heroin Diaries” memoir, Sixx wrote that Tom Zutaut, the former Geffen Records executive who signed GUNS N’ ROSES to a record deal in 1986, told him in 1987 that he was “being considered” to produce GN’R‘s debut album, “Appetite For Destruction”. Sixx added: “I went to see them play at the Roxy, but I didn’t think they were all that great. The truth is that I was so out of it that I had no idea who was any good and who wasn’t. Fuck, at the time the most I would have been able to do as producer would have been pressing ‘play’ on the tape machine.”

A few years ago, Sixx said that GUNS N’ ROSES‘ “Welcome To The Jungle” was one of his top five favorite 1980s tracks. “I always loved that song because the energy of it,” he said. “I like the way the vocal lays in and it has this nice swagger to it. But I think really was a defining moment for GUNS N’ ROSES.

“We love GUNS N’ ROSES,” he added. “The guys would come hang out at my house in Los Angeles. We took them out on tour and they opened for us for a leg of the tour. It was really great because they were really green and they were really raw and they had just finished recording their first record. I felt good for us for turn our audience on to a new band.”

“Stick To Your Guns” was the A side of MÖTLEY CRÜE‘s debut single, which was released in May 1981 via the band’s own label Leathür Records. 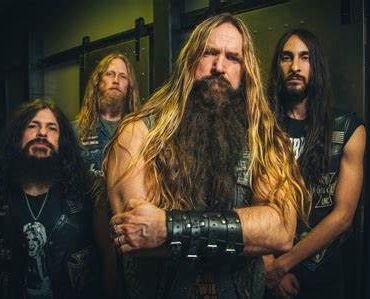 BLACK LABEL SOCIETY has released the official music video for the song "End Of Days". The track is taken from the band's upcoming 11th studio album, "Doom Crew Inc.", which is due on November 26 via MNRK Heavy (formerly eOne Music). In a recent interview with the Morristown, New Jersey radio station 105.5 WDHA, BLACK LABEL SOCIETY leader Zakk Wylde stated about the writing process for "Doom Crew Inc.": "The way it always goes, it's always the music first and then a […]