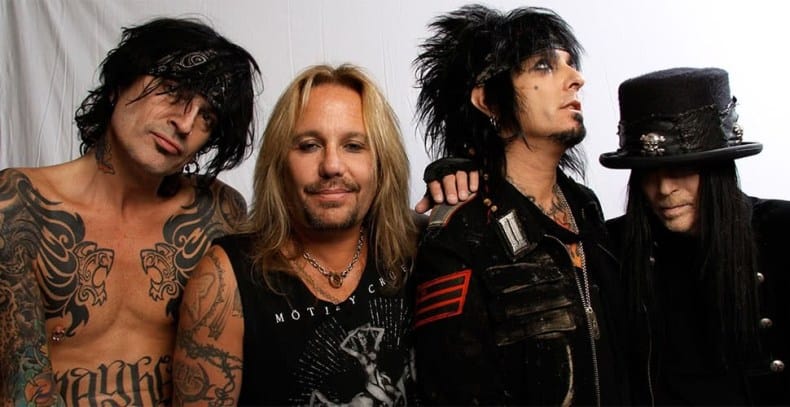 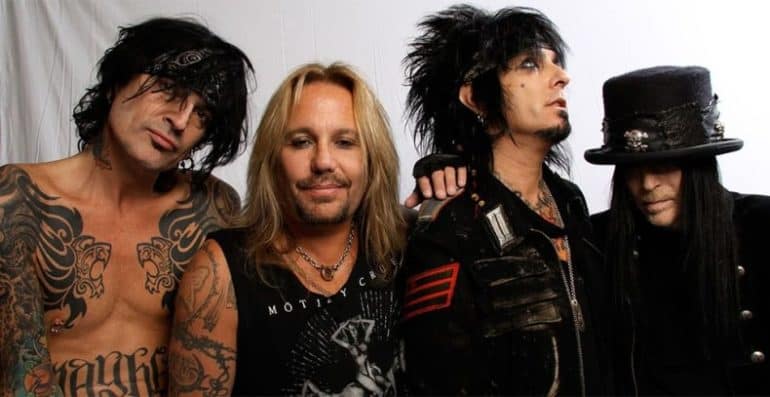 Nikki Sixx spoke to SiriusXM‘s “Trunk Nation L.A. Invasion” about MÖTLEY CRÜE‘s “The Stadium Tour” with DEF LEPPARD which was originally scheduled to take place last summer but ended up being pushed back to 2021, and then to 2022, due to the coronavirus crisis. Asked if there are plans for additional CRÜE dates beyond next summer’s shows, the 62-year-old bassist said (as transcribed by BLABBERMOUTH.NET): “I know we’re gonna tour next year, and that’s gonna take us from June 19th to sometime in September. And then winter sets in, and we’re in America, so there’s nowhere else to play — unless we can go to other countries where it’s summertime or spring or fall there. But what’s gonna happen with COVID? So I don’t know right now. I do know what’s happening in America. I don’t know what’s going on in Europe or South America or Mexico [or] Australia [or] New Zealand.”

As for whether there is a chance of a new MÖTLEY CRÜE studio album, Sixx said: “I would love to make some music with the guys again. I would love to get really simple and really raw and really dirty. And that’s something I’m inspired by now, whether — it might be a new band or stuff I’m listening to and the simplicity of ‘Black Dog’, and you listen to that, and you’re, like, ‘Man…’

“Some of the stuff that’s out right now is so good but it’s also so overproduced,” he continued. “I don’t feel that when I listen to any genre music or just in the rock world, [BLACK] SABBATH had the same kick-drum sound as [LED] ZEPPELIN, the same kick-drum sound as AEROSMITH, the same guitar sound — they all had the same guitar sound. It bothers me that so much stuff sounds the same, yet it’s also really good — really good hooks, really aggressive, really exciting. And so when I hear some younger bands — like, people will throw on GRETA VAN FLEET, for example. What everybody liked about that is it was just simple and raw and passionate, that first EP. And the same with THE STRUTS and stuff like that. There was some innocence to it. And I think that there’s so much technology out there that we can fall prey to making it perfect. And I would love to make maybe some imperfect music.”

MÖTLEY CRÜE‘s last studio album was 2008’s “Saints Of Los Angeles”, which was followed by a 2009 “Greatest Hits” compilation.

When it happens, “The Stadium Tour” will mark the CRÜE‘s first live dates since wrapping its 2014/2015 farewell tour. CRÜE toured with POISON back in 2011 and DEF LEPPARD teamed up with POISON for a string of road dates in 2017, but the upcoming jaunt marks the first time all four acts — including JOAN JETT & THE BLACKHEARTS — have hit the road together for an extended tour. 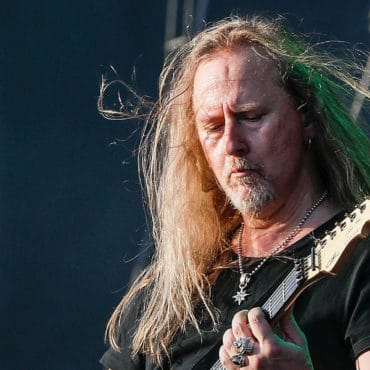 Iconic singer, songwriter, guitarist, and ALICE IN CHAINS co-founder Jerry Cantrell has released "Siren Song", the third and final song before next week's release of his new album "Brighten". The album will be made available on October 29. "Siren Song" begins with a soft, finger-picked acoustic guitar, as a lead into the heavy distorted sound that follows. Jerry's soaring vocals take listeners on an epic journey — "She don't lie she walks on. A passerby in a dream. […]