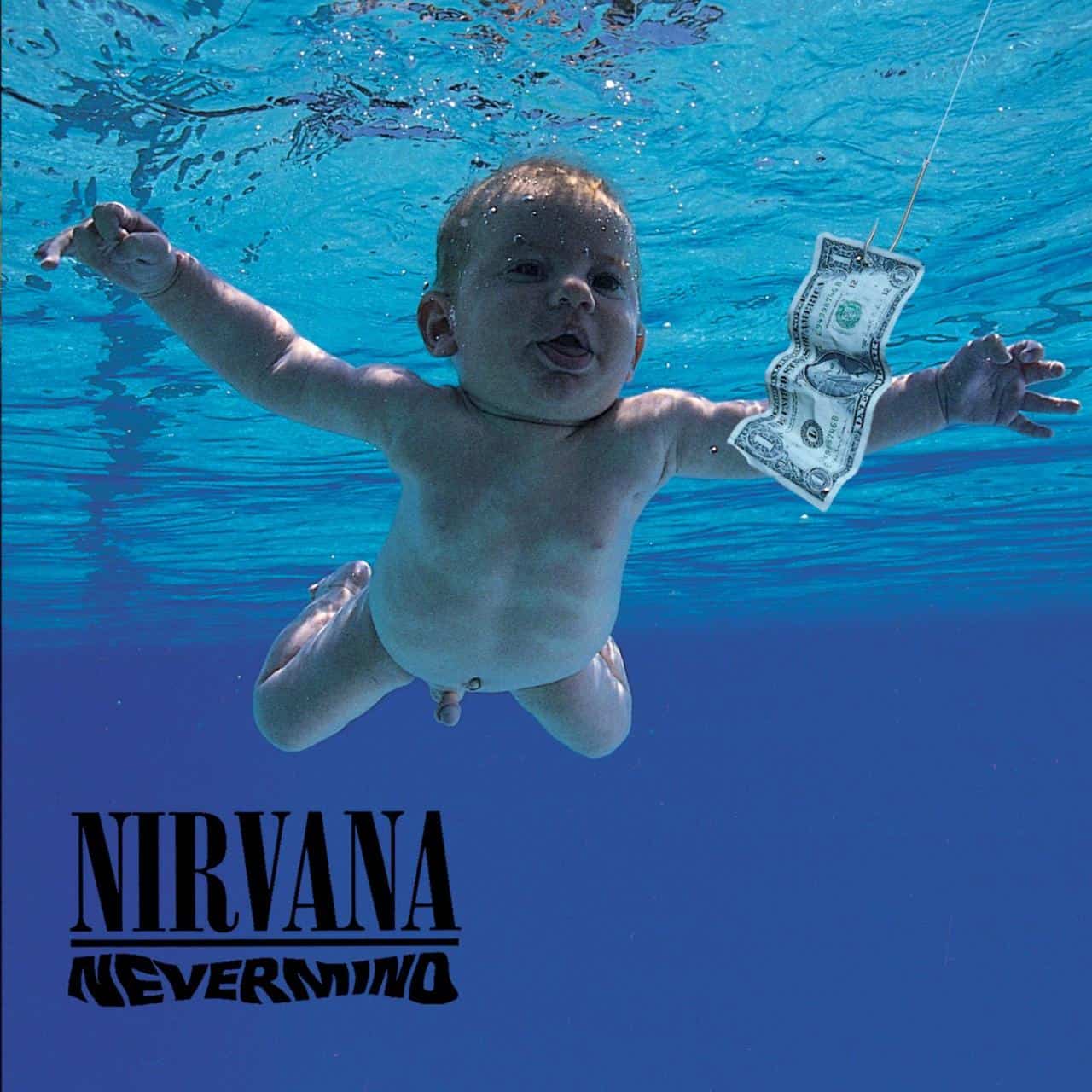 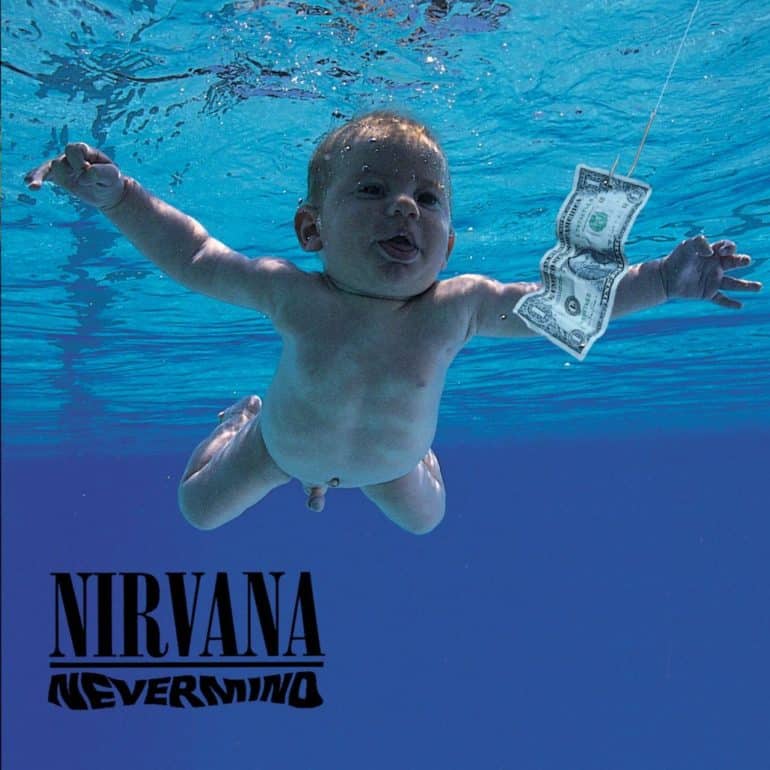 NIRVANA has filed a motion to dismiss the recent lawsuit filed over the cover of the band’s iconic album “Nevermind”.

This past August, Spencer Elden, the man who claims he was the baby featured in the image, sued the surviving members of NIRVANA as well as the estate of Kurt Cobain. Elden alleges the photo of the baby reaching for a dollar in a swimming pool violated federal child pornography statutes and argues child sexual exploitation.

But NIRVANA, as well as Kurt Cobain‘s widow, Courtney Love, are asking the court to throw out the lawsuit, saying Elden‘s claim that the photograph on the “Nevermind” cover is child pornography is “not serious” and insisting that his claim is “barred by the applicable statute of limitations.” Federal child pornography law has a 10-year statute of limitations, beginning when a victim “reasonably discovers” the violation itself or the harm caused by it.

“Elden has spent three decades profiting from his celebrity as the self-anointed ‘Nirvana Baby’,” reads the motion which was filed on Wednesday (December 22). “He has reenacted the photograph in exchange for a fee, many times; he has had the album title ‘Nevermind’ tattooed across his chest; he has appeared on a talk show wearing a self-parodying, nude-colored onesie; he has autographed copies of the album cover for sale on eBay; and he has used the connection to try to pick up women.

The motion adds: “Elden‘s claim that the photograph on the ‘Nevermind’ album cover is ‘child pornography’ is, on its face, not serious. A brief examination of the photograph, or Elden‘s own conduct (not to mention the photograph’s presence in the homes of millions of Americans who, on Elden‘s theory, are guilty of felony possession of child pornography) makes that clear.

“The ‘Nevermind’ cover photograph was taken in 1991. It was world-famous by no later than 1992. Long before 2011, as Elden has pled, Elden knew about the photograph, and knew that he (and not someone else) was the baby in the photograph. He has been fully aware of the facts of both the supposed ‘violation’ and ‘injury’ for decades.”

The motion goes on to say: “In addition to his child pornography claim, Elden has alleged that the creation of the photograph for the album cover art entailed the sex trafficking of Elden when he was a baby. Setting aside that this premise is absurd, the statute Elden invokes to cover conduct in 1991, became effective on December 19, 2003 and has no retroactive application to conduct by a defendant that pre-dates its effective date.”

Elden recently amended his lawsuit against NIRVANA to include the allegation that the photographer hired to take the photo, Kirk Weddle, also shot images of Elden styled to look like Playboy founder Hugh Hefner. The new filing also drops former NIRVANA drummer Chad Channing as a defendant in the case.

According to Rolling Stone, Elden‘s updated complaint cites personal journal entries from late NIRVANA frontman Kurt Cobain, which were published by Riverhead Books in 2002, in an apparent attempt to prove the claim that the photographer intended the cover image to be sexual in nature.

“Undated journals written by Cobain sketch the album cover in a sexual manner, with semen all over it,” the document states. “In several instances, the journals describe Cobain‘s twisted vision for the ‘Nevermind’ album cover, along with his emotional struggles: ‘I like to make incisions into the belly of infants then fuck the incision until the child dies.'”

The documents also repeat the claim that Weddle intended to “trigger a visceral sexual response from the viewer” by activating “Spencer‘s ‘gag reflex’ before throwing him underwater in poses highlighting and emphasizing Spencer‘s exposed genitals.” The documents add: “Weddle soon after produced photographs of Spencer dressed up and depicted as Hugh Hefner.”

When Elden first filed his lawsuit against the surviving members of NIRVANA as well as the estate of Kurt Cobain in August, he alleged the photo of the baby reaching for a dollar in a swimming pool violated federal child pornography statutes and argued child sexual exploitation.

A month after filing his lawsuit, Elden, who is now 30, requested his genitalia be removed from “all future album covers” on the 30th anniversary of the project.

“Today, like each year on this date, our client Spencer Elden has had to brace himself for renewed unwanted attention from the media and fans alike throughout the world,” his attorneys told USA Today. “This is a choice that he has never had.”

The attorneys said that they plan on continuing the legal proceedings in order to “bring long-awaited privacy and dignity back to our client.”

“We implore the NIRVANA defendants to right the wrongs of their past, by acknowledging the harm they have perpetrated and redacting the image of Mr. Elden‘s genitalia from further reproductions of ‘Nevermind’ because behind every cover is a person pleading for their privacy back,” they added.

A deluxe 30th-anniversary reissue of “Nevermind”, featuring its original cover artwork, was made available on November 12.

In Elden‘s complaint filed in Los Angeles federal court, he claimed that his “identity and legal name are forever tied to the commercial sexual exploitation he experienced as a minor which has been distributed and sold worldwide from the time he was a baby to the present day.”

Elden claimed that his parents never signed a release authorizing the use of the photos, which were taken in a Pasadena aquatic center in 1990. He alleged that the band promised to cover his genitals with a sticker, which was never incorporated into the album art.

Elden is seeking damages of either $150,000 from each of the defendants or unspecified damages to be determined at trial, attorney fees, an injunction to prohibit all parties “from continuing to engage in the unlawful acts and practices described herein,” and a trial by jury.

“The permanent harm he has proximately suffered includes but is not limited to extreme and permanent emotional distress with physical manifestations, interference with his normal development and educational progress, lifelong loss of income earning capacity, loss of past and future wages, past and future expenses for medical and psychological treatment, loss of enjoyment of life, and other losses to be described and proven at trial of this matter,” the lawsuit stated. 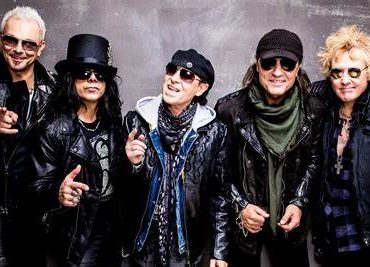 SCORPIONS have released the first in a three-part series of short documentaries — directed by Thomas Noehre — focusing on the making of the band's 19th studio album, "Rock Believer". Says the band: "For our new album 'Rock Believer', we all came back together in the studio like in the old days and captured that journey on camera. Today we release the first part 1 of 3. Maybe you discover some unreleased music snippets from […]