Wendy Dio, widow and longtime manager of Ronnie James Dio, spoke to SiriusXM‘s “Trunk Nation With Eddie Trunk” about the upcoming career-spanning documentary on the life and times of the legendary rock icon. It is the first documentary about Dio to be fully authorized by the artist’s estate. BMG is both financier and executive producer of the film.

“I’m going to see the first cut of it next week,” Wendy said (as transcribed by BLABBERMOUTH.NET). “They’re coming out, and I’m seeing the first cut next week. We are hoping to get it out in ’22 — well, it will come out in ’22, for sure. Absolutely… [The filming] is done. They’re coming in to let me look at it before it goes to edit. And I’m very excited about it, actually — very excited.”

As for what fans can expect to see in the documentary, Wendy said: “There’s a bunch of stuff from [old] Super 8 [tapes] and some other stuff. There’s fantastic interviews with all kinds of different people about when they were working with Ronnie or what they were doing at the time, maybe supporting Ronnie. It’s totally different to the [recently released Dio] book. And I’m very interested to see this cut. I’m excited, actually, to see it. And I think it’s gonna be great.”

In October 2019, Wendy told the WSOU radio station that the documentary “will go from Ronnie‘s childhood all the way through [to the end of his life]. I think they interviewed Jack Black, and I think they interviewed all of Ronnie‘s bandmembers and Doug Aldrich and, I think, Jeff Pilson. They were getting ready to go to Arizona to interview Rob Halford and Lita Ford. And then they were going into England to interview Tony Iommi. They already did Geezer [Butler]. So there will be very interesting stories from different people. I think it’ll be a great thing, and it’ll show people a lot of things that people have never seen before.”

Dio was renowned throughout the world as one of the greatest and most influential vocalists in heavy metal history. The singer, who was recording and touring with BLACK SABBATH offshoot HEAVEN & HELL prior to his illness, was diagnosed with stomach cancer in late 2009. He underwent chemotherapy and made what is now his final public appearance in April 2010 at the Revolver Golden Gods Awards in Los Angeles.

Dio‘s long-awaited autobiography, titled “Rainbow In The Dark: The Autobiography”, was released on July 27 via Permuted Press. It was written with longtime friend of 30 years and esteemed music writer Mick Wall, who took up the mantle after Ronnie‘s passing. 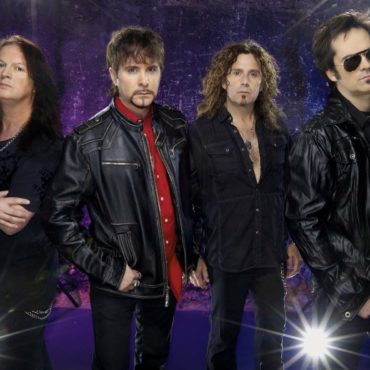 FIREHOUSE singer CJ Snare will undergo an unspecified surgical procedure on September 1. While he is recovering, the band will continue to perform select shows with good friend Andrew Freeman of LAST IN LINE filling in for CJ on lead vocals. Andrew performed two shows with FIREHOUSE in July after CJ came down with an undisclosed illness, and will play again with the band in Aurora, Illinois on September 10. CJ will perform all FIREHOUSE shows in August. In addition to playing with LAST IN LINE, Freeman has performed with three […]