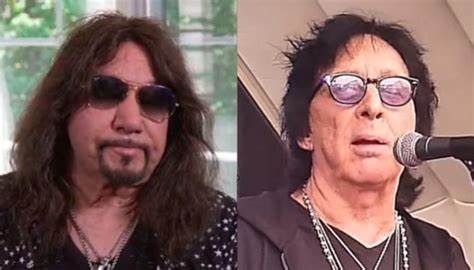 Original KISS members Ace Frehley and Peter Criss will perform together at this year’s Creatures Fest, set to take place May 27-29 at Nashville’s Sonesta Nashville Airport Hotel. Also scheduled to appear at the event are former KISS guitarists Bruce Kulick and Vinnie Vincent.

According to Creatures Fest promoter Neil Davis, Criss will join Frehley on stage during the guitarist’s May 27 set to play a few tracks.

Vincent is scheduled to perform on night two of Creatures Fest, while Kulick will close out the event on Sunday, May 29. The festival will also feature performances by QUIET RIOT, ENUFF Z’NUFF, VIXEN, John Corabi, RETURN OF THE COMET and PRETTY BOY FLOYD, among others.

Criss, who was known as “Catman,” released his last solo CD, titled “One For All”, in 2007. Peter produced the album himself for the first time, and was joined by guest musicians that included keyboardist Paul Shaffer and bassist Will Lee of “Late Night With David Letterman”. The album featured a range of styles, from rock and jazz to blues and Broadway, and included covers of “What A Difference A Day Makes” and “Send In The Clowns”.

Criss played what was being billed as his final U.S. concert in June 2017 at the Cutting Room in New York City.

Frehley, a founding member of KISS, recently said that he is up for a reunion of the original band, but only if the price is right. During an appearance on SiriusXM‘s “Trunk Nation With Eddie Trunk”, Frehley stated about the chances of him playing with his former bandmates: “Anything’s possible — I’ve always said that. That’s the first question so many people have asked me over the years: ‘Would you ever consider doing a KISS reunion?’ I said, ‘I never closed the door on anything.’ If the money’s right and it’s presented to me in the right way, anything can happen.

“I’m on good terms with Paul [Stanley, guitar/vocals] and Gene [Simmons, bass/vocals], which is nice, because we created something really special in the early ’70s that has outlasted so many other bands. And God bless ’em. They’re still doing it; I’m still doing it. Peter is still around. I’m not quite sure why Peter hadn’t toured over the years as much as I have, but it is what it is.”

Vincent — who was a member of KISS when the band publicly “unmasked” in 1983 — made several public appearances in 2018 after spending the preceding two decades out of the public eye.

Bruce joined KISS in 1984, and accompanied the band on the “Animalize” tour and continued with them until the reunion tour. Bruce is heavily featured on “Kissology – Vol. 2” and “Vol. 3”, the band’s DVDs spanning their historic four-decade-plus career.

You heard it here first kids! #PeterCriss and #AceFrehley will share the stage again at #CreaturesFest 2022! Don’t miss out!

Creatures Fest Tickets are now available at our website (www.creaturesfest.com) or using the link below. 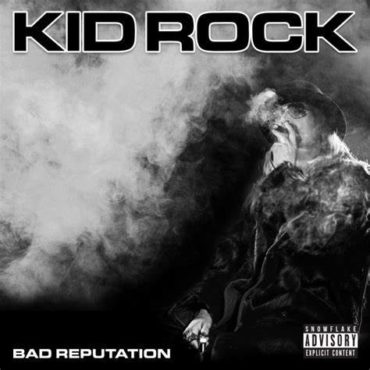 Kid Rock will release his new album, "Bad Reputation", digitally on March 21. Physical CDs will be available on April 6. "Bad Reputation" will include the three songs Kid Rock released in January — "We The People", "The Last Dance" and "Rockin'" — as well as his November 2021 single "Don't Tell Me How To Live", which was recorded with Canadian hard rockers MONSTER TRUCK. "We The People" features the chorus of "Let's go, Brandon," conservative code for "Fuck Joe Biden" (born when a NASCAR reporter misheard a […]