Sharon Osbourne has told DailyMailTV in a new interview that Ozzy is scheduled for a major surgery soon to help correct neck and spine issues following a 2019 fall. Those injuries have kept legendary heavy metal singer from performing and she says he is dying to get back in front of a crowd.

“The thing I’m most excited about is my hubby getting back on stage,” Sharon gushed. “That’s what I pray for.

Less than a year after Ozzy‘s fall, the family revealed publicly that the BLACK SABBATH frontman had been diagnosed with Parkinson’s disease.

“It breaks your heart,” she added. “He wants to get back [on the road]. He misses his friends, his musicians. They’re his partners. He misses that life. But with his Parkinson’s, he’s fine. He’s fine. He’s got it under control.”

Sharon also spoke about the upcoming biopic focusing the early days of her relationship with Ozzy.

“Our fights were legendary,” she said. “We would beat the shit out of each other. It stopped, must be 20 years ago, but we had a good run.

Sharon said that she hopes the biopic will begin filming this spring.

“People are going to watch it go, ‘This isn’t allowed. They shouldn’t behave that way and put it on film,'” Sharon said. “But [we’re] only talking the truth. Some people have volatile relationships and ours was very volatile.”

In July 2020, Ozzy said that he was still “not back to 100 percent” after suffering from several medical issues last year, including a fall, neck surgery and hospitalization for the flu. Ozzy also said that he was looking forward to performing again once he has regained his health and the coronavirus pandemic has subsided. The BLACK SABBATH singer had previously canceled all his 2019 tour plans, and the rescheduled 2020 shows were also scrapped.

In May 2020, Ozzy‘s son Jack said that his father will “probably” retire “within the next five to ten years.” But Ozzy, who turned 72 in December, has repeatedly said that he is not calling it quits, despite the fact that his “No More Tours 2” — whenever it ends up happening — is being billed as his last major global trek.

Ozzy was also forced to cancel an April 2020 trip to Switzerland to see a doctor who specializes in treatment of Parkinson’s disease. 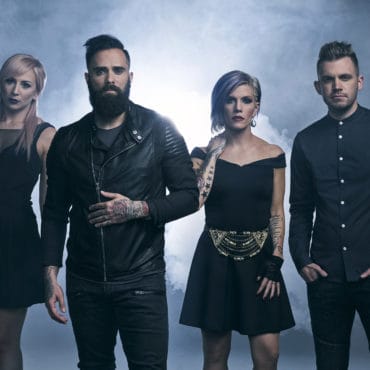