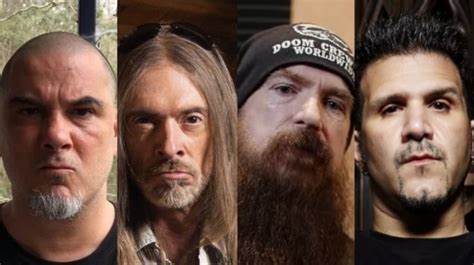 Earlier today, METALLICA revealed its touring plans for 2023 and 2024, including a host of shows with support from the newly reformed PANTERA. The trek includes two shows in each city visited, and METALLICA promises completely different setlists and opening bands at each stop.

PANTERA will support METALLICA at the following shows:

Additional support at all the above dates will come from MAMMOTH WVH.

It was first reported in July that Anselmo and Brown will unite with Wylde and Benante for a world tour under the PANTERA banner.

According to Billboard, the lineup has been given a green light by the estates of the band’s founders, drummer Vincent “Vinnie Paul” Abbott and guitarist “Dimebag” Darrell Abbott, as well as Brown, who last year said Wylde wouldn’t tour with PANTERA if a reunion were to happen. It’s unclear what changed his mind.

PANTERA will play its first shows in over 20 years in December 2022, starting with a co-headlining slot at Mexico’s Hell & Heaven Metal Fest and Monterrey Metal Fest, followed by appearances at three Knotfest festivals in South America. There will also be a one-off show with JUDAS PRIEST in São Paulo, Brazil and a headlining concert in Santiago.

As support act for METALLICA:

Benante told SiriusXM’s “Trunk Nation With Eddie Trunk” about how he plans to approach the PANTERA gig: “I can’t go do this as the drummer from ANTHRAX because it would be a different sound completely. So the way I’m gonna do that is if you close your eyes, it’s gonna sound like it’s Vinnie, basically. And that’s how it’s gonna be. The sound is gonna sound exactly like him.”

Wylde said that he had a similar mindset. “You approach it the same way as you do when I’m playing with Ozzy,” he said. “Obviously I’ve gotta learn [Randy] Rhoads’s stuff and I’ve gotta learn Jake’s [E. Lee] stuff, and when I was doing the [BLACK] SABBATH stuff, you learn it and do it as faithful as you can. Charlie’s gotta learn all of Vinnie’s parts. You approach it as if you’re in a cover band. When we do the ZAKK SABBATH stuff,” referring to his BLACK SABBATH cover band, “I don’t start changing lyrics midway through ‘War Pigs’. You learn the songs — so that’s what you do.”

A year ago, Anselmo said that he was up for reuniting with Brown for a special tour celebrating the music of PANTERA. The 54-year-old singer, who has spent the past few years playing a PANTERA-centric set with his solo band, THE ILLEGALS, discussed the possibility of re-teaming with his former PANTERA bandmate during an interview with Brazil’s Inside With Paulo Baron. Asked if he and Rex would be open to playing some shows in celebration of PANTERA’s legacy, Anselmo said: “If Rex and I had a show to play, or we were ever gonna be on stage again together, I would welcome it with open arms. I love Rex. And he’d be the same way. We’re brothers forever. So playing on stage together, or doing some shows together, is not out of the question. It could happen.”

In April 2021, Rex told Eonmusic that he and Philip still get offers for a PANTERA tribute tour. “But if you don’t have the other guys in the band, it’s not going to sound the same,” he said. “If we were ever to do something like that, it would have to be spot-on, or I wouldn’t do it. It would be a tribute.”

Talk about a possible PANTERA “reunion” intensified when Anselmo regularly joined Wylde’s BLACK LABEL SOCIETY to perform PANTERA’s song “I’m Broken” during DOWN’s 2014 stint on the “Revolver Golden Gods Tour”. That buzz only got stronger after Brown joined the jam on May 23, 2014 when the tour swung through Texas.

Up until his passing, Vinnie remained on non-speaking terms with Anselmo, whom the drummer indirectly blamed for Dimebag’s death.

Vinnie Paul and Dimebag co-founded PANTERA. When PANTERA broke up in 2003, they formed DAMAGEPLAN. On December 8, 2004, while performing with DAMAGEPLAN at the Alrosa Villa in Columbus, Ohio, Dimebag was shot and killed onstage by a troubled schizophrenic who believed that the members of PANTERA were stealing his thoughts. 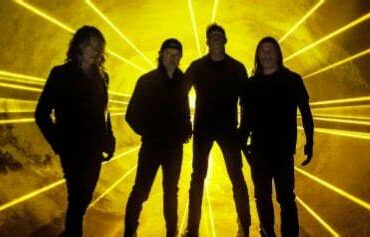 METALLICA has confirmed the title and release date of its forthcoming 12th studio album: "72 Seasons" will be available April 14, 2023 via the band's own Blackened Recordings. Produced by Greg Fidelman with METALLICA's James Hetfield and Lars Ulrich, and clocking in at over 77 minutes, the 12-track "72 Seasons" is METALLICA's first full length collection of new material since 2016's "Hardwired…To Self-Destruct". The album will be released in formats including 2LP 140g black vinyl and limited-edition variants, CD and digital. "72 Seasons" is heralded […]