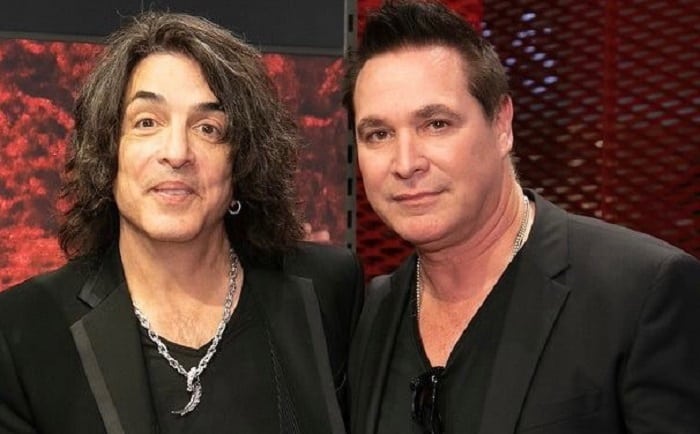 Paul Stanley‘s longtime guitar tech Francis Stueber has died of COVID-19. He was only 52 years old.

The KISS guitarist/vocalist shared the news of his friend’s passing in a social media post earlier today (Sunday, October 17). He wrote: “My dear friend, buddy and guitar tech for 20 years, Fran Stueber died yesterday suddenly of Covid. Both on and offstage I depended on him for so much. My family loved him as did I. He was so proud of his wife and 3 boys as they were of him. I’m numb.”

Stueber has worked on all KISS and Stanley solo tours and one-off shows since 2002. He even took the stage with the band during the “Gene Simmons Family Jewels” episode where KISS performed for the troops, and was on hand when Stanley cut his 2006 solo album “Live To Win”.

Stueber, who had also worked behind the scenes for HEART, THE OFFSPRING and REO SPEEDWAGON‘s Kevin Cronin, told Gibson in a 2007 interview: “If Paul goes out of tune, it’s not his fault, it’s my fault. Usually I change his guitar every four to five songs so he doesn’t have to worry about going out of tune. It’s pretty straightforward with KISS; Paul only plays one tuning and he plays no more than six guitars. Really the only reason I change guitars is for aesthetics.”

Last month, KISS announced rescheduled North American tour dates after the band was forced to postpone five shows due to Stanley and bassist/vocalist Gene Simmons testing positive for COVID-19. Simmons later credited his vaccination for keeping his infection “minimal” and encouraged others to consider getting the COVID-19 shot. “Thanks to the vaccine, I’m really fine,” Gene tweeted. He also responded to a person who seemingly mocked him for catching COVID even though he was inoculated. “Vaccine protects you about 95%. However, you can still get Delta Covid variant,” Simmons wrote. “I did…But the effects are minimal, if you’ve been vaccinated twice. Without vaccine = hospital, pain and maybe death. Do your research. You’ll come off much brighter.”

In a recent social media post, KISS said the whole band and the crew members who are traveling with them on the tour are fully vaccinated. Members of KISS “and their crew have operated in a bubble independently to safeguard everyone as much as possible at each show and in between shows,” the band wrote in the statement. “The tour also has a COVID safety protocol officer on staff full-time that is ensuring everyone is closely following all CDC guidelines,” the statement continued. 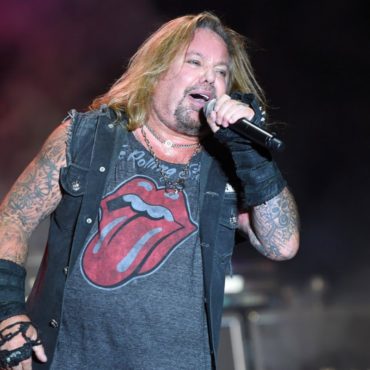 MÖTLEY CRÜE singer Vince Neil is "back home and resting" after breaking his ribs during a concert Friday night (October 15). Fan-filmed video showed the 60-year-old rocker walking to the front of the stage while performing with his solo band at the Monsters On The Mountain festival at LeConte Center in Pigeon Forge, Tennessee. With his guitar strapped around him, Neil was encouraging the crowd to clap along while playing the 1989 MÖTLEY CRÜE hit "Don't Go Away Mad (Just […]