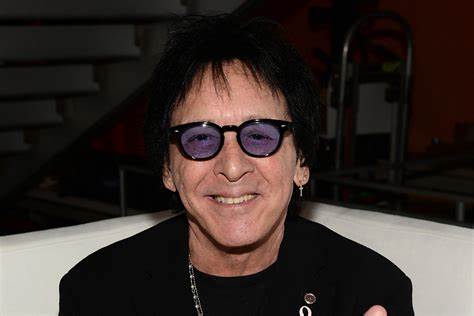 Paul Stanley spoke to Ultimate Classic Rock about the lack of involvement of Peter Criss and Ace Frehley in KISS‘s new A&E documentary “Biography: KISStory”, which is set to premiere with a two-night event on June 27 and June 28 from 9 p.m. ET to 11 p.m. ET. Stanley says Frehley and Criss‘s sound bites during the documentary come from archival interviews because both wanted to be paid and have “final editing rights” in order to be part of the project. In addition, Criss would not grant permission for the documentary makers to use the song “Beth” — which he co-wrote — in the film.

“It’s sad, but that kind of fits into the whole dynamic,” Stanley said. “We did the best we could. We tried numerous times in all different ways to have them be part of it, but this idea of final editing and money and this and that. … It was like, ‘No, your involvement doesn’t warrant that.’ And who ultimately loses out in a situation like this? They do.

Last September, Frehley confirmed during an appearance on SiriusXM‘s “Trunk Nation With Eddie Trunk” that he had been approached by the KISS documentary producers about taking part in the film. “They offered me a small fee to be involved with it, and I turned them down,” Ace said. “I thought the fee was embarrassing, because I know how much money they’re gonna make on it. So, either share the wealth, or c’est la vie. So I decided not be involved. But they have plenty of old footage of me, and they’ll probably use that and get by. But it won’t be the same as if they get current footage. Unfortunately, I decided the money that they offered me wasn’t anywhere near what I felt I deserved, so I turned it down. The footage you’re gonna see of me in this documentary is only gonna be old footage.”

Criss, who turned 75 last December, played what was being billed as his final U.S. concert in June 2017 at the Cutting Room in New York City.

In a 2014 issue of Rolling Stone magazine, Stanley and Criss sparred over “Beth”, which holds the distinction of being KISS‘ highest-charting single in the U.S., having reached position No. 7 on Billboard‘s Hot 100 chart back in 1976. Criss claims to have co-written the song with the late Stan Penridge while Criss and Penridge were in the band CHELSEA. In the song’s original version, the title name was “Beck” after Becky, CHELSEA bandmate Mike Brand‘s wife, who often called during practices. Criss later received a People’s Choice Award for the track, which was heavily tweaked and arranged by producer Bob Ezrin for the “Destroyer” album sessions.

Despite the fact that Criss is listed as a writer, along with Penridge and Ezrin, in the song’s official credits, Stanley claims the drummer had little to do with its creation. “Peter can’t write a song, because Peter doesn’t play an instrument,” Stanley told Rolling Stone. “Penridge came up with [sings], ‘Beth, I hear you calling…’ Peter had nothing to do with it. Because if you write one hit song, you should be able to write two. That’s the reality. Devastating? It’s the truth. It was a lifeline that Peter hung on to validate himself, but it wasn’t based on reality.”

“Paul is so full of fucking shit,” countered Criss, “’cause as a lead singer of the band he never got to write the hit. That’s his problem. They hated the fact that I wrote a hit record and won a People’s Choice.”

In a 2000 interview, Penridge was asked how “Beck” was written and how much of it Peter was really responsible for, if any. “‘Beck’ was written, almost word for word, from Mike Brand‘s responses to his wife’s constant calls that interupted our rehearsals,” Penridge explained. “It got to the point where I wrote down his remarks over a period of 3 or 4 days in what I called my ‘wizard book.’ It was merely a small notebook I carried to jot down silly sayings, sketch in, anything….to save ideas. If you look at the lyrics and view them as a hen-pecked hubby’s remarks to his nagging wife, you’ll see what I mean. Just pause after every sentence and pretend there’s a bitch at the other end of the line. You’ll catch it — I’m sure.”

He added: “[Peter was] absolutely not responsible [for it] at all. Another poorman’s copyright by me in ’70.” 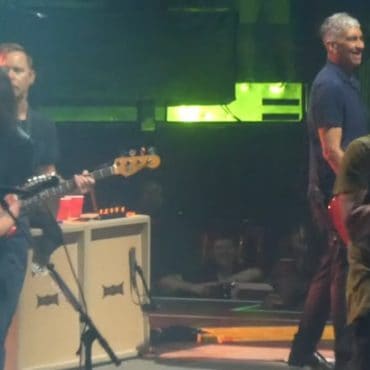 Comedian Dave Chappelle joined FOO FIGHTERS on stage last night (Sunday, June 20) at Madison Square Garen in New York City to perform a cover version of RADIOHEAD's "Creep". The event, which followed FOO FIGHTERS' warm-up club show at the Canyon Club in Agoura Hills, California, on June 15, marked the band's first full-capacity arena concert since the beginning of the pandemic. Chappelle, who was in New York City to premiere his new documentary, "Dave Chappelle: This Time […]