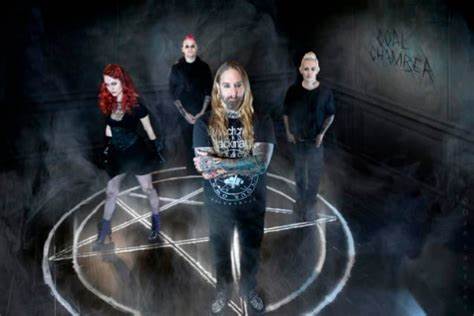 The reunited COAL CHAMBER will perform at next year’s edition of the Blue Ridge Rock Festival, set to take place September 7-10, 2023 in Alton, Virginia. Also set to appear at the event are TAPROOT (reunion show),COLD (“Year Of The Spider” 20th-anniversary show),ADEMA, SENSES FAIL, WOE, IS ME (original lineup reunion) and FINGER ELEVEN.

As previously reported, COAL CHAMBER will also perform at next year’s Sick New World festival in Las Vegas, Nevada. The band, which hasn’t performed live since 2015, will join SYSTEM OF A DOWN, INCUBUS, KORN, EVANESCENCEDEFTONES and many others at the one-day event, which will be held on Saturday, May 13, 2023 at the Las Vegas Festival Grounds.

Guitarist Miguel “Meegs” Rascón wrote: “My brothers and sister. Back together, w all the love in the world. Cant wait to play for all the fans who have been there for us and loyal. We love u all! #coalchamber #sicknewworld”.

“Well this is definitely something I thought I would never post again in my life!!! I am rarely on social media anymore as it is…..

“Quick recap as it will be therapeutic for me !!! After our last tours in 2015 I was coming off stage very depressed and wanting to be home with my young son. I was missing a lot and it started to really get to me. I made the decision , that if we stop again it was my last time ever playing again. After our last show ,it was over … and that’s what I did. I completely retired from music and began focusing on my family life and raising our son . With the tremendous support and encouragement from my wife we moved to a new city …..Bought a new house ,and my construction company is booming…. Everything was exactly where we wanted it to be . After YEARS of hard work , therapy, sobriety , 2 elbow surgeries, I found extreme peace with not being a musician anymore.

“Over the years I kept in contact with @dezfafara and I feel like for the first time in 25 years we actually became real friends . Both our families went through A LOT over the past years and we were actually there for each other . We actually listen to each other and that means more than any band at this point in my life . That slowly changed the conversation of starting to play again… and here we are!!!

“I really thought about this decision for a long time with my family and what it meant to jump back in and this was a family decision. Our son is older now and always asks about what I used to do… now I can just show him all the crazy hardcore COAL CHAMBER fans we have out there!!!. It’s an exciting time for us all the future looks bright!

“As for @meegsrascon ….. I think I have talked to him almost everyday of my life for the past 25 years….can’t get rid of this fool!!!

“I want to thank everyone who helped me with this decision as it was not a easy one to make. Thank you to @theoraclemgmt for all of the extremely hard work and putting things in black and white and not bullshitting me like the music industry is so famous for. Also thanks to @nadjapeulen for being a part of this whacky journey we have put her through. I love all of you!!!!”

COAL CHAMBER existed for ten years before disbanding in 2003 to pursue other musical projects. They reunited in 2011 for touring purposes but it wasn’t until 2014 that the band began work on a new studio album of original material, the aforementioned critically acclaimed “Rivals”. Several months of touring activity followed before Dez returned to DEVILDRIVER to make a new record, 2016’s “Trust No One”.

In an interview with KCAL 96.7‘s “Wired In The Empire” radio show, Dez stated about his decision to perform COAL CHAMBER songs with DEVILDRIVER: “I’ve kept those things separate for so many years, man. It’s just time for me to embrace everything that I’ve done.”

Fafara painted a bleak picture of COAL CHAMBER‘s future during a 2016 interview with Revolver magazine. He stated at the time: “I had a lot of fun doing that record and playing shows with them again. But there were some circumstances that were not ideal and that’s why that thing is not continuing as of right now. If something comes up and I have time and want to make a record and the members have their shit together, I’ll do it. But as of now, there’s some deep-seated shit that certain dudes in the band still need to work out. And if they work it out and want to tour or make another record, they can come back and give me a call. But right now, everyone in DEVILDRIVER is stoked. No one’s fighting. And I feel lucky to be where I am.”

Dez had stated in previous interviews that COAL CHAMBER‘s original split happened because “I did not want to be around the band’s hard drug use and I realized that going onstage every night that the money was feeding their habit, so I walked to save my friends.” He added that his COAL CHAMBER bandmates were “clean” as of 2012, which made him realize that “it was the right thing to walk [away from the group back in 2003].” 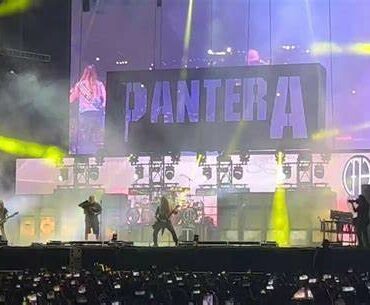 PANTERA has just taken the stage at Mexico's Hell & Heaven Metal Fest. The show, which marks the band's first live performance in over 20 years, features PANTERA's reformed lineup, consisting of surviving members Rex Brown (bass) and Philip Anselmo (vocals) along with guitarist Zakk Wylde (OZZY OSBOURNE, BLACK LABEL SOCIETY) and drummer Charlie Benante (ANTHRAX). The first video and photos of the concert can be found below. More footage and pictures will be added as the night progresses. Setlist: 01. A New […]