ROB HALFORD: ‘JUDAS PRIEST Is Part Of The Fabric Of Music In American Culture Now’ 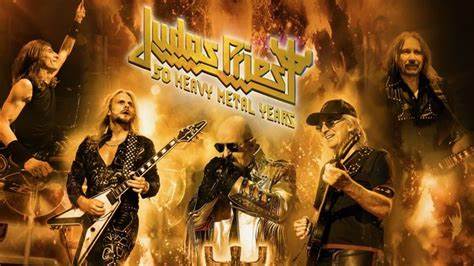 Singer Rob Halford of British heavy metal legends JUDAS PRIEST, who are celebrating their 50th anniversary, spoke to The Virginian-Pilot about the band’s longevity. “I think anything of quality sustains itself,” he said. “Right from those early kinds of ground shakers — how far can I think back? — ‘United’, ‘Take On The World’, ‘Evening Star’, anything from that point on where you make that connection and it starts to stick and that is also your motivation to keep making music at a very high standard. We’ve never approached our albums as it being about one song serving as a radio track and the rest is filler. … Good stuff lasts forever.”

He added: “PRIEST is part of the fabric of music in American culture now. We have been for a long time. The longer you’re around, the more that has substance attached to it. We’re this heavy metal time machine and can take you back to the 1970s and literally walk through the decades together through the performances that we make now. …We want to give our fans the best experience we can.”

In early April, JUDAS PRIEST‘s European tour, which was scheduled to kick off in late May, was once again postponed due to “ongoing COVID-19 vaccine issues.” The trek will now run from May 27, 2022 in Moscow, Russia until July 31, 2022 in Oberhausen, Germany. 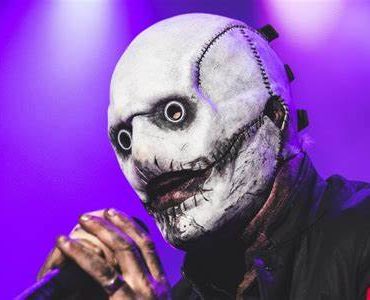 SLIPKNOT played its first concert in 18 months Saturday night (September 4) at the Rocklahoma festival in Pryor, Oklahoma. The gig marked the debut of SLIPKNOT frontman Corey Taylor's new mask, which he had been working on for the past few months. This past May, Taylor spoke to Andy Hall of the Des Moines, Iowa radio station Lazer 103.3 about the evolution of SLIPKNOT's masks and what fans can expect to see during the band's current touring cycle. "The mask has been a […]