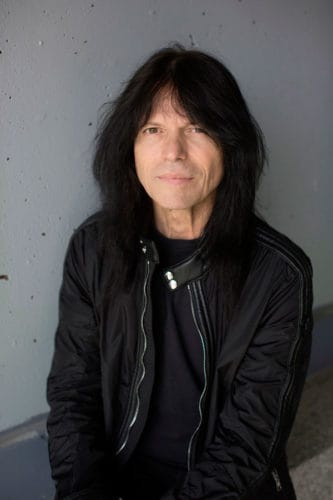 Sarzo appeared in the most notable music videos in the MTV age and toured with the band until 1985 and again from 1997 to 2003. During his years out of the band, Sarzo was a member of OZZY OSBOURNE, WHITESNAKE, DIO, BLUE ÖYSTER CULT, QUEENSRŸCHE and THE GUESS WHO. Rudy is looking forward to recording and touring with QUIET RIOT beginning in 2022.

With the move, longtime QUIET RIOT bassist Chuck Wright is graciously stepping aside to continue his recent solo efforts while heightening his role with his award-winning residency show “Ultimate Jam Night” at the legendary Whisky A Go-Go which all the members of QUIET RIOT fully support.

QUIET RIOT and their management would like to formally thank Chuck Wright for his many years of dedication and perseverance and, most importantly, his distinguished talent. Wright has served off and on with QUIET RIOT for nearly 40 years, appears on nine albums, and is known as the bassist for QUIET RIOT‘s mega-hit “Metal Health” (Bang Your Head) and “Don’t Wanna Let You Go”. He was a contributing songwriter on 1986’s “QRIII” and appeared in the band’s video for “The Wild And The Young”, among others. Wright has been one of the band’s longest touring and recording members and will continue touring with the band through the end of 2021. Chuck is and will always be an invaluable member of the QUIET RIOT family.

Sarzo discussed his return to QUIET RIOT earlier today (Monday, August 2) during an appearance on SiriusXM‘s “Trunk Nation With Eddie Trunk”. He said (as transcribed by BLABBERMOUTH.NET): “I am returning home, going home to QUIET RIOT in the beginning of 2022, next year.” He also noted that “next year marks 50 years of my journey with QUIET RIOT, because that’s when I met and I started playing with Frankie Banali, another founding member of the ‘Metal Health’ version of QUIET RIOT. To me, that was a turning point [for me] as a musician.”

Regarding how his return to QUIET RIOT came about, Rudy said: “After Frankie told me in 2019 that he had pancreatic cancer, and then he started his fight, it was a daily fight. I mean, he would be taking multiple treatments to fight it, and he would be touring. And so it was really an exhausting thing. So we stopped kind of hanging out as much because, obviously, he was too tired. So we would text each other a lot, every day, and stay in touch.

“He let me know in April of 2019 [that he was diagnosed with cancer], and COVID happened in 2020,” Rudy continued. “That really made it impossible for me to be in his presence. It wasn’t until a couple of days before he passed away that I was able to go to his house. Regina [his wife] requested it, and I spent time with him. And then, the following day, when he was taken to the hospital, Regina made it possible for me to be with Frankie for his last hours. So, after Frankie passed away, I went over to Regina‘s house, and we talked, and she expressed to me that Frankie wanted me to come back to the band, that he wanted to have a founding member there in the band. So, we talked about that.

“I was already traumatized by Frankie‘s passing, so it was a decision that I had to take a lot of time to think about it — let the mourning period [pass],” Rudy added. “I had to do that. So, the time came when I was ready to accept the reality, that it’s our responsibility, of us left behind, to carry on with the legacy and celebrate it. So that’s when I decided. I said, ‘Okay, it’s time for me to come home.'” 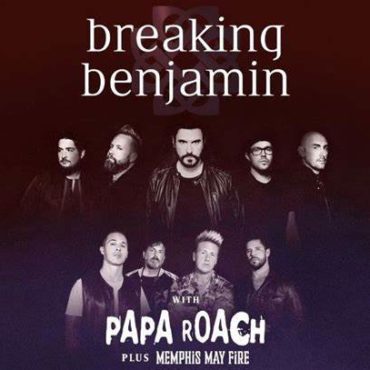 BREAKING BENJAMIN will team up with PAPA ROACH for a handful of dates later this summer. Also appearing on the bill will be MEMPHIS MAY FIRE. The shows kick off in Gilford, New Hampshire on September 11 at the Bank of New Hampshire Pavilion, with stops in Columbus, Scranton and more, before wrapping up on September 22 at the Mountain Health Arena in Huntington, West Virginia. Fans can get early access to VIP packages […]