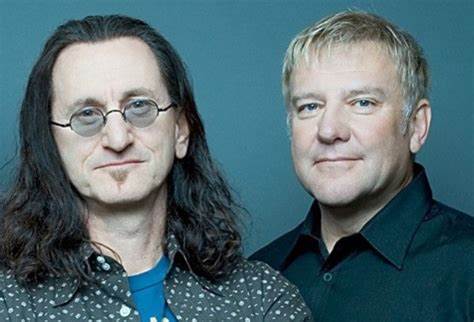 Alex Lifeson has told Guitar World in a new interview that he hasn’t ruled out making new music with his RUSH bandmate Geddy Lee. “We’re not putting any pressure on it or anything,” he said. “We had a lot of good years together and we still love each other very much. I talk to Geddy every other day — we’re best friends. There’s more to our life together than just writing music. So if it happens, it happens. And it’ll happen when it happens.”

Lifeson previously addressed discussed the possibility of playing with Lee again in some capacity during a June 2021 appearance on SiriuxXM‘s “Trunk Nation With Eddie Trunk”. The two haven’t performed together since the completion of RUSH‘s final tour, “R40”, which commemorated the 40th anniversary of drummer Neil Peart joining the band. Peart died in January 2020 after a three-year battle with glioblastoma, an aggressive form of brain cancer. He was 67 years old.

“Geddy and I started writing together when we were — I don’t know — 14 years old, I guess,” the guitarist said. “And we are best friends; I love the guy so much, [and] he means so much to me. And we’ve had this amazing experience of working together as well as being buddies.

“I talk to Ged every couple of days or so,” he continued. “We try to get together for dinner. That’s been a more challenging thing lately. But we did get out once recently. It’s great, ’cause mostly we’re pals.

“If there’s something that comes up in the future — an opportunity for us to do something — we’ll decide over a cup of coffee what that’ll be. But there’s no urgency or there’s no pre-planned thing now. He’s doing whatever he’s doing, I’m doing whatever I’m doing, and we keep each other informed and stuff like that, but, God, we had such a great history and did so much great stuff together, it’s not really a big deal if, for the rest of our lives, we’re just best friends.

“I know RUSH fans are a unique bunch, and I love them,” Lifeson added. “And certainly everything that we’ve done, we’ve always done to satisfy ourselves before anybody else, and I think RUSH fans understood that and were always very supportive — very critical at times too, but always supportive. And that was the nature of our relationship with our fans — it was a really good two-way relationship. But I think, really, RUSH ended in 2015. There’s no way RUSH will ever exist again because Neil‘s not here to be a part of it. And that’s not to say that we can’t do other things and we can’t do things that benefit our communities and all of that. I have lots of plans for that sort of thing that don’t necessarily include Geddy.

Lifeson also reflected on RUSH‘s final tour, which concluded on August 1, 2015 at the Forum in Los Angeles. Peart indicated at the time that he wanted to retire while he was still able to play well, along with a desire to spend more time at home with his young daughter.

“We were in our early 60s when that tour ended,” Alex said. “After the number of dates that we did do, which was about half of what we would normally do, we were all starting to feel the fatigue, as you normally would. And had it been a normal tour, we have gone out for probably another month and then taken a month off, or maybe a couple of months off, and then picked it up for another three or four months.

“I think personally, and I think the same for Ged, we were really excited about the show, the presentation of the show, the whole concept of going back through our history,” he continued. “I thought we were all playing really, really well, and I probably could have continued to do another 30 shows, and I think Geddy felt the same way. But it was becoming really difficult for Neil to play at that level, and unless he could play a hundred percent at that level, he really didn’t wanna do any more shows, and he didn’t wanna be that person that should have taken it. And it was hard for him — a three-hour show playing the way he played. It’s a miracle that he was even able to play. And he had some issues through that tour — he had an infection on his feet and he could barely walk, never mind playing the bass drum the way he did. And he never complained or anything like that. So, it was time. And in retrospect, it couldn’t have been better, because we were playing great, and we finished on such a high note. The fans were so happy — I mean, with the performance. All things were right. That was the great way to ensure our legacy and be remembered for those guys, for being that band that played that way. I honestly would hate to be working now, for example, and not being able to play a song because my fingers are just killing me and not playing as well and making all these mistakes. I made enough mistakes — way too many. So, all in all, it really turned out to be the opportune time for us to end a long career. Not a lot of bands lasted 40 years of that regular touring and many, many, many albums and all of that stuff.”

RUSH waited three days to announce Peart‘s passing, setting off shockwaves and an outpouring of grief from fans and musicians all over the world.

Peart joined RUSH in 1974. He was considered one of the best rock drummers of all time, alongside John Bonham of LED ZEPPELIN; Keith Moon of THE WHO; and Ginger Baker of CREAM. Peart was also RUSH‘s primary lyricist, drawing inspiration from everything from sci-fi to Ayn Rand.

RISE AGAINST Announces Summer 2022 U.S. Tour With THE USED And SENSES FAIL

RISE AGAINST has announced a summer 2022 U.S. headline tour, including shows at The Forum in Los Angeles (July 19) and The Rooftop at Pier 17 in New York City (August 9), with support from THE USED and SENSES FAIL. Tickets will go on sale this Friday, March 4. RISE AGAINST tour dates: Apr. 01 - Ville De Québec, Canada - Videotron Centre Apr. 03 - Laval, Canada - Place Bell Apr. 04 - Ottawa, […]