SHINEDOWN will release the first single from the band’s upcoming seventh studio album on Wednesday, January 26.

Although SHINEDOWN has not yet announced a title for the LP or new single, some fans are speculating, based on various teasers that have been made available, that the album will be called “For The People, By The People” and that the single is titled “Cyren”.

Last month, SHINEDOWN singer Brent Smith 95.9 The Rat‘s Carl Craft about the new LP’s more “stripped-down” approach: “We wanted to push everything to the front. And what I mean by that is we’ve proven that we can make these records that there’s a lot of musicianship involved in it, and we have layered our records over the years because we love music and we love sound and we try to make really cinematic records. So with that, you have a lot of instrumentation that is not just drums, bass, guitar and vocals — we use orchestras, we use a lot of synthesizers, we use a lot of techniques that… We don’t believe in… Don’t tie your hands up when you’re making a record. Make the record that you wanna make. And ultimately, though, what we wanted to do with this album was make it just as ferocious as the other records but not utilizing so much of some of the style that we’ve done in the past with layering and layering guitars, adding lots of synth beds, stacking the vocals.”

Regarding the first single from SHINEDOWN‘s seventh album, Brent said: “It honestly addresses everything that society has dealt with from a planetary platform, if you will — not just here in the U.S., but the whole world — what the last 18 months has been like, and, at least in our opinion, how we’ve gotta move forward.

The follow-up to 2018’s “Attention Attention”, which is tentatively due this spring, was recorded in part at a new studio in Charleston, South Carolina spearheaded by the group’s bassist and producer Eric Bass.

In October, SHINEDOWN announced its 2022 North American tour, “Shinedown Live In Concert”, which is set to kick off in San Francisco on January 26. 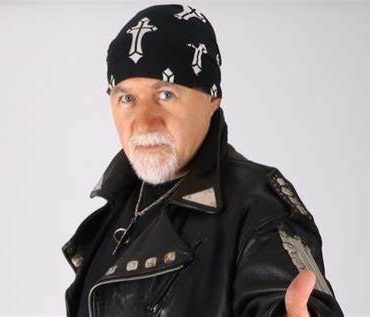 Former BLACK SABBATH singer Tony Martin says that a new record deal has been secured to reissue the albums he recorded with the band. On Wednesday (January 19), Martin took to his Facebook to write: "So i got a call from [BLACK SABBATH guitarist] Tony Iommi's manager ... it seems there is now a record deal for my era of SABBATH albums !!!.... so It looks like a re-issue is actually going to happen!!! There could be a LOT of 'Tony Martin' […]