A new teaser video for the upcoming upcoming album from SLASH FEATURING MYLES KENNEDY AND THE CONSPIRATORS is available below.

In the 13-second clip, Slash states: “I think the record itself is probably the best one we’ve done so far. We’re showing no signs of slowing down.” The video concludes with a shot of the SLASH FEATURING MYLES KENNEDY AND THE CONSPIRATORS logo along with the phrase “Coming Soon”.

SLASH FEATURING MYLES KENNEDY AND THE CONSPIRATORS‘s new album will be the follow-up to “Living The Dream”, which came out in September 2018 via Slash‘s own label Snakepit Records, in partnership with Roadrunner Records. The disc was Slash‘s fourth solo album, and third with Slash and his CONSPIRATORS bandmates Myles Kennedy (vocals), Todd Kerns (bass, vocals), Brent Fitz (drums) and Frank Sidoris (guitar and vocals).

In a recent interview with Jonathan Clarke of New York’s Q104.3 radio station, Myles stated about the new CONSPIRATORS LP: “We started putting things together — technically, we started putting things together for that record, writing songs, on the last tour back in 2018, I think, or ’19, whatever it was,” Myles said. “So, yeah, we have a lot of stuff to pool from. And as we’ve been saying, it’s in the can, the tunes are in the can, so we’re good to go. It’s just a matter of finding a window to release the stuff.”

Asked about the sound and style of the LP, Myles told Audio Ink Radio: “The thing about the record is that it’s got a live vibe to it. It was a record that was recorded in kind of an old-school way. So, with that said, without giving too much away, it definitely has a bit of that energy and that vibe that a lot of us listened to growing up. So, it was fun. It was a fun record to make.”

SLASH FEATURING MYLES KENNEDY AND THE CONSPIRATORS‘ new album will be released via Gibson Records, the recently launched label from Gibson, the iconic American instrument brand, alongside a strategic partnership with BMG.

When the Gibson deal was first announced in July, Slash said in a statement: “It’s an honor to be the first release on the new Gibson Records. It’s a zenith in our partnership for sure and having worked so closely with Gibson for so long, I know they will be a label that genuinely supports their artists creatively. Not just me, but all the artists they choose to work with. It’s perfect.”

Last December, Slash told Cleveland.com that SLASH FEATURING MYLES KENNEDY AND THE CONSPIRATORS had written 20 songs during “a week of initial pre-production” for the band’s next LP.

In November 2019, Slash told “The Marshall Podcast” that the road was “the only place” he and THE CONSPIRATORS “really do get a chance to work” on new music. “If we’re doing theaters and arenas and all that kind of stuff, we have our soundchecks, so I work on that stuff during that time,” he said. “Because that’s when I do all the writing — during the road trip. So when the tour is over, at some point, we all get together and we revisit all that material that we worked on while we were on the road. Which is actually what all the records we’ve done so far are a culmination of.”

Complicating the creative process is the fact that Myles Kennedy and THE CONSPIRATORS don’t live in the same town as Slash. “Myles is in Washington state, and I’m in L.A. and the rest of the guys are in [Las] Vegas,” Slash explained. “So I fly everybody to L.A. and we’ll stay there and we’ll do pre-production and go in and do a record. But now that GUNS N’ ROSES has become a thing, I have to do that. But I will have accumulated enough material out [out on the road] that when the time comes to work on CONSPIRATORS stuff, I already have the material.”

Speaking in more detail about how songs come together with THE CONSPIRATORS, Slash said: “We write the whole time. I write the music ideas, and then I’ll bring it into a soundcheck situation. For me, the most important thing is the drums. So I’ll start working on an idea with Brent, as well as Todd, and even Frank — we’ll all stand there together and do it. And then just see if it catches, if it’s a cool idea with all the other instruments involved. That’s the thing about guitar players — you write bitchin’ guitar stuff all day long, but is it a song? So we start working it up. And then Myles will be there and he’ll catch it and maybe start recording something into his phone. And we’ll just sort of get the nucleus of an idea, and in some cases work on it for a few days until we have an arrangement. And then there’s some stuff that we didn’t ever get to play in soundcheck that I recorded on my phone in my room and I’ll bring that up later.” 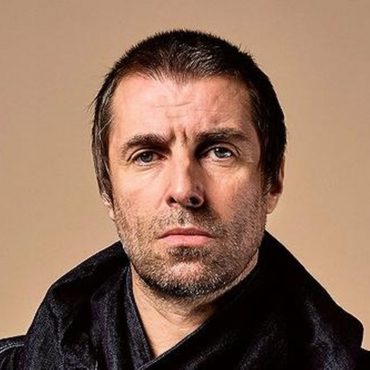 Liam Gallagher has shared the big news that he will be returning to Knebworth Park next June to celebrate the release of his forthcoming solo album. The former Oasis star's new album will be entitled "C'mon You Know" and it set to be released on May 27th. A week later, on Jun 4th, Liam will return to site on one of Oasis' most famed performances, Knebworth Park. Liam had this […]