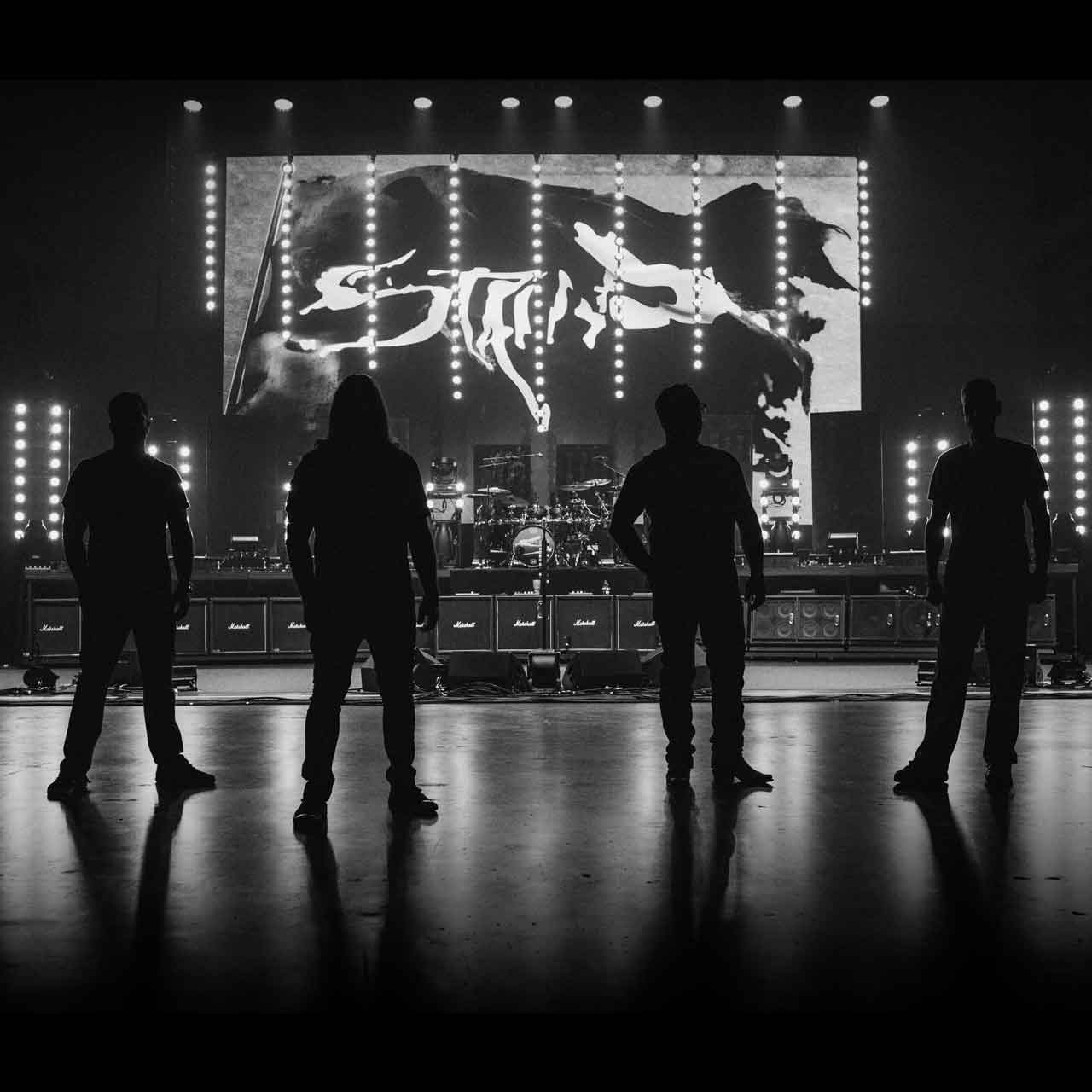 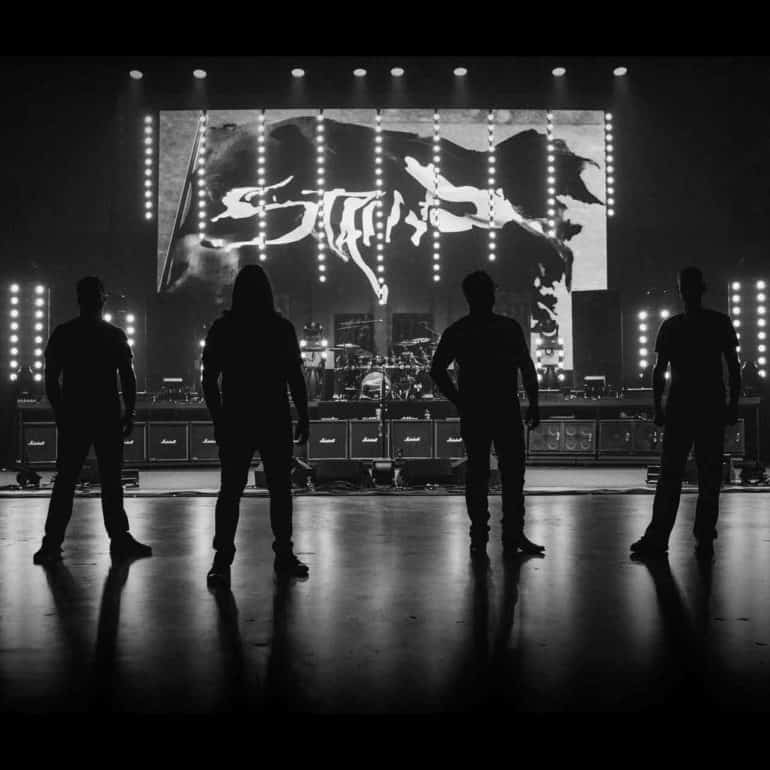 STAIND‘s Mike Mushok spoke to Anne Erickson of Audio Ink Radio about the progress of the songwriting sessions for the band’s first studio album since 2011’s self-titled effort. “We’re working on that now,” he said. “Aaron [Lewis, STAIND frontman] is finishing up a country record; he’s just about done with it. I think the idea is once that’s completed, we’re gonna… There’s a bunch of [new] songs kicking around. It’s just kind of [a matter of] sorting through that stuff and seeing what, if anything, we like, and figuring out… I imagine, having not put out a real record of new music in 10 years, we’re gonna be pretty critical of what it is and wanna make sure that it’s great. But, yes, there is talk of that. We actually signed a record deal and have a deal to do a new record.”

This past March, Lewis told SiriusXM‘s “Trunk Nation With Eddie Trunk” that he “would certainly love to” have the new STAIND album “recorded and done by the end of this year, to be released next year. All of our plans that were kind of semi on the books and on the table, everything just had a year taken off of it [due to the pandemic],” he said. “We were gonna have a record come out sometime in 2020 or certainly in 2021, and there was a schedule that was on the table that, just like everything else, got burned to the ground as soon as [the lockdown] started.”

STAIND has released seven albums since 1995, the latest being 2011’s self-titled effort. The band has had a number of hit songs during its first two decades, including the Top 10 smash “It’s Been Awhile” from the No. 1 album “Break The Cycle”. Follow-up LPs “14 Shades Of Grey” and “Chapter V” also topped the Billboard chart.

STAIND released its first album in nine years, “Live: It’s Been Awhile”, on May 7 via Yap’em/Alchemy Recordings. The “Live: It’s Been Awhile” album was accompanied by “The Return Of Staind”, a two-part global streaming series in partnership with Danny Wimmer Presents. The series launched with STAIND‘s “Live: It’s Been Awhile (From Foxwoods)” concert, which streamed globally on May 1. The “Live: It’s Been Awhile” album and concert were recorded at the band’s comeback show at Foxwoods Resort Casino in Mashantucket, Connecticut in October 2019. The never-before-seen concert celebrated the band’s reunion after a five-year hiatus. STAIND also performed its iconic multi-platinum 2001 album “Break The Cycle” in its entirety for a May 8 streaming event, exactly 20 years after the album’s release. The “20th Anniversary Of Break The Cycle, Performed In Its Entirety” took place at Mill 1 in Open Square in Holyoke, Massachusetts, bringing the band back to their Western Mass roots.

STAIND played its first full live show in five years in September 2019 at the Louder Than Life music festival in Louisville, Kentucky.

The band was scheduled to support DISTURBED on “The Sickness 20th Anniversary Tour” throughout North America last summer. The amphitheater trek has since been canceled due to the coronavirus pandemic which is sweeping the globe.

STAIND will support KORN on a U.S. summer tour. Produced by Live Nation, the coast-to-coast 28-city outing will kick off August 5 in West Palm Beach, Florida and make stops in Long Island, Detroit, Irvine, Phoenix, Austin and more, before wrapping up with a performance at Dallas’ Dos Equis Pavilion on September 21. Furthermore, both bands will perform at Louisville, Kentucky’s Louder Than Life festival on September 23. 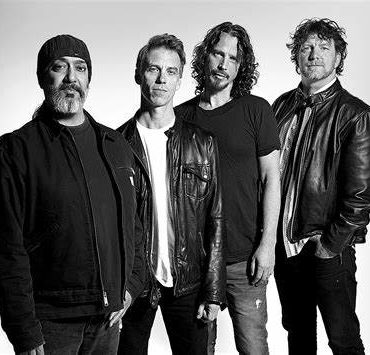 SOUNDGARDEN and Vicky Cornell, the widow and personal representative of the estate of the band's lead singer Chris Cornell, have announced that, effective June 15, 2021, they have come to a temporary agreement that will transfer the SOUNDGARDEN social media accounts and web site to the band's remaining members, Kim Thayil, Matt Cameron and Ben Shepherd and their managers, Red Light Management. This includes SOUNDGARDEN's web site, Facebook, Instagram and Twitter. "The agreement marks a productive first step towards healing and open dialogue, and the parties […]