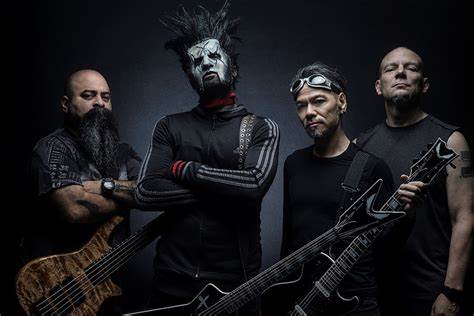 STATIC-X bassist Tony Campos has confirmed the band’s plan to release the second volume of “Project Regeneration”, containing many of the final vocal performances and musical compositions of late STATIC-X frontman Wayne Static, along with the original “Wisconsin Death Trip” lineup of Campos, drummer Ken Jay, and guitarist Koichi Fukuda. Both volumes are being worked on by longtime STATIC-X producer Ulrich Wild.

Asked in a new interview with Pierre Gutiérrez of Rock Talks if there are any STATIC-X gigs coming up in the near future, Campos said (as transcribed by BLABBERMOUTH.NET): “We just announced some stuff for Europe next year. We’ll be announcing some more stuff in the coming weeks. And hopefully we can get back on track and finally get volume two out — volume two of ‘Project Regeneration’… It’s songs built from the remaining demos that we recovered. The goal is to, and the real trick is gonna be to keep it sounding, production-wise, consistent with volume one, so it sounds like one cohesive piece of work instead of two separate albums.”

According to Campos, “Project Regeneration Vol. 2”, like the first volume, will consist mostly of material created around isolated vocal performances by Wayne Static. “Just one [song on the first volume] was something completely new, that wasn’t based on anything,” he explained. “It was just, like, ‘Ah, just throw that in.’ But volume two will have one or two new things, just to fill in the space on the record.”

Asked if STATIC-X will carry on as a band even after it completes the touring cycle in support of “Project Regeneration Vol. 2”, Tony said: “At this point, it seems like it’s something the fans want, and I’m certainly not opposed to it. I still wanna go do other things. Next year, I’ll be doing stuff with STATIC and FEAR FACTORY. And this year I’m doing stuff with HAIL THE HORNS. And I just got approached… At the beginning of this week, I got approached by [D.R.I.‘s] Spike Cassidy. Apparently, D.R.I. has a tour coming up in a couple of weeks, and their bass player can’t make it, so they asked me to fill in. So I’m gonna be playing with D.R.I. It’s gonna be September 7th through September 19th out on the East Coast.”

In 2019, STATIC-X wrapped up a world tour comprised of nearly 100 mostly sold-out dates in celebration of the 20th anniversary of its platinum-selling debut album “Wisconsin Death Trip”. The shows also served as a traveling memorial for Wayne, who passed away nearly seven years ago.

While the identity of STATIC-X‘s touring singer Xer0 has not been officially revealed, strong rumors suggest that DOPE frontman Edsel Dope is the one performing with Jay, Fukuda and Campos and appearing in all of STATIC-X‘s promotional videos.

Static died after mixing Xanax and other powerful prescription drugs with alcohol, according to the coroner’s report. The 48-year-old Static, whose real name was Wayne Richard Wells, was found dead in his Landers, California home on November 1, 2014.

Static founded STATIC-X in 1994 and achieved commercial success with “Wisconsin Death Trip”, which included the rock radio hit “Push It”.

The group issued five more studio albums before disbanding permanently in June 2013. Static had been pursuing a solo career at the time of his death. 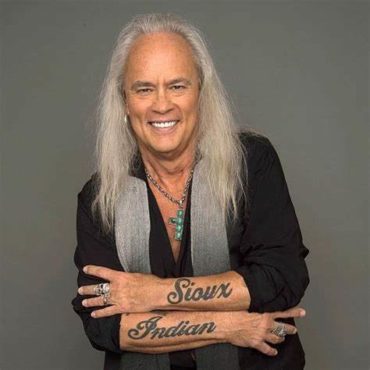 LYNYRD SKYNYRD guitarist Rickey Medlocke will rejoin his bandmates on stage later today (Sunday, August 22) the Barefoot Country Music Festival in Wildwood, New Jersey. It will mark the 71-year-old's first appearance with the band since he announced earlier in the month that he had tested positive for COVID-19. In a video message posted on Thursday, Medlocke said that he had recovered from the illness and vowed to perform with the rest of LYNYRD SKYNYRD this weekend. "Here I […]