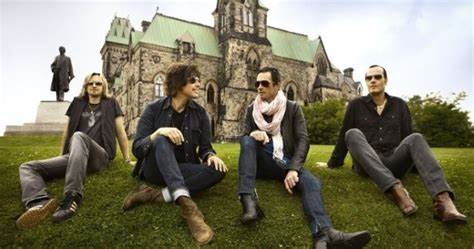 STONE TEMPLE PILOTS will celebrate the 25th anniversary of their 1996 LP “Tiny Music…Songs From the Vatican Gift Shop” by releasing a three-disc/one-LP deluxe edition. Due on July 23, it will feature a remastered version of the original album, alternate versions and mixes of several of the songs, and a complete concert taped at the Club La Vela in Panama City Beach, Florida, on March 14, 1997.

A previously unreleased live version of the song “Tumble In The Rough”, which is the only track on the album solely credited to late singer Scott Weiland, can be streamed below.

STP guitarist Dean DeLeo told Consequence Of Sound about the song: “‘Tumble In The Rough’ actually came about from Scott wrestling with a guitar at the house in Santa Ynez where we wrote and recorded the whole record. We had noticed him sitting around for a couple days just banging out those chords. The verse riff that you hear where it goes from a G to a B-flat, he came up with that lick first and we kind of built the whole song around it. From there, it metamorphosed into Robert [DeLeo, bass] writing the opening and ending licks. We arranged it, Scott wrote the lyrics and melody, and it was really as simple as that. All you need to do is read the lyrics to hear where Scott was at on that one. It’s pretty autobiographical, to say the least.”

“Tiny Music” was recorded in late 1995 with producer Brendan O’Brien at the Westerly Ranch in Santa Ynez, California.

Prior to the release of “Tiny Music”, Weiland was arrested for possession of cocaine, heroin and drug paraphernalia and driving under the influence of a controlled substance. In April 1996, a judge ordered him to spend four to six months at a drug treatment center, which put the group’s U.S. summer tour on hold.

Weiland, who reunited with STONE TEMPLE PILOTS in 2010 after an eight-year hiatus but was dismissed in 2013, died in December 2015 of a drug overdose.

Jeff Gutt joined STONE TEMPLE PILOTS four years ago. His recording debut with the group was on its self-titled seventh LP, which arrived in March 2018.

Gutt, a 44-year-old Michigan native who spent time in the early-2000s nu-metal act DRY CELL, among other bands, and was a contestant on “The X Factor”, joined STONE TEMPLE PILOTS in 2017 after beating out roughly 15,000 hopefuls during an extended search that began more than a year earlier. 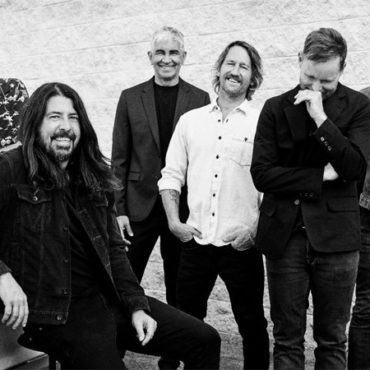 FOO FIGHTERS have teamed up with MSG Entertainment to release a mini-documentary chronicling the band's concert at Madison Square Garden in New York City following 466 days without live music. The official description for the nine-minute documentary, which can be seen below, reads as follows: "On June 20, 2021, after 466 days without live music, FOO FIGHTERS reopened Madison Square Garden to a sold-out crowd, marking the first full capacity concert in a New York […]