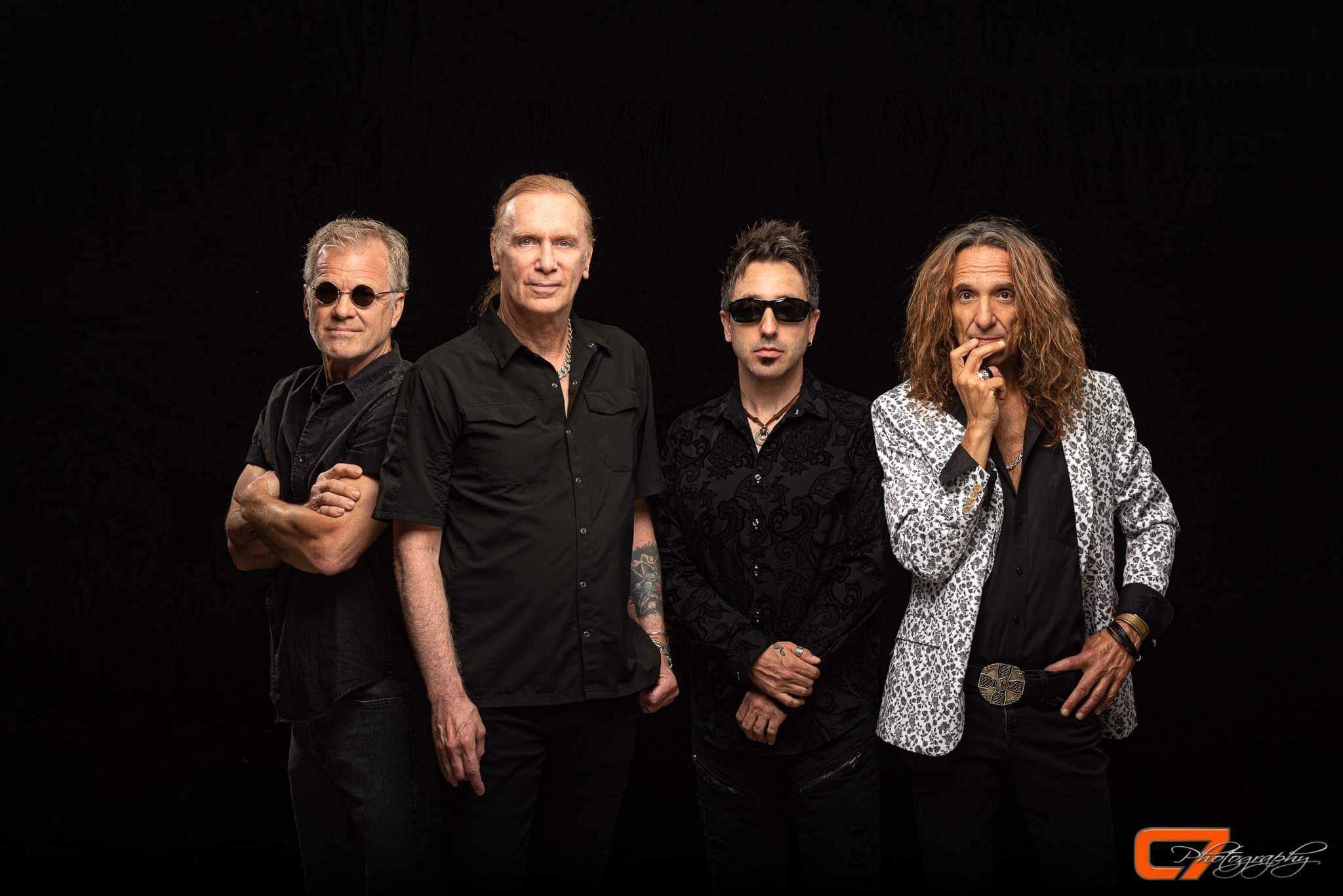 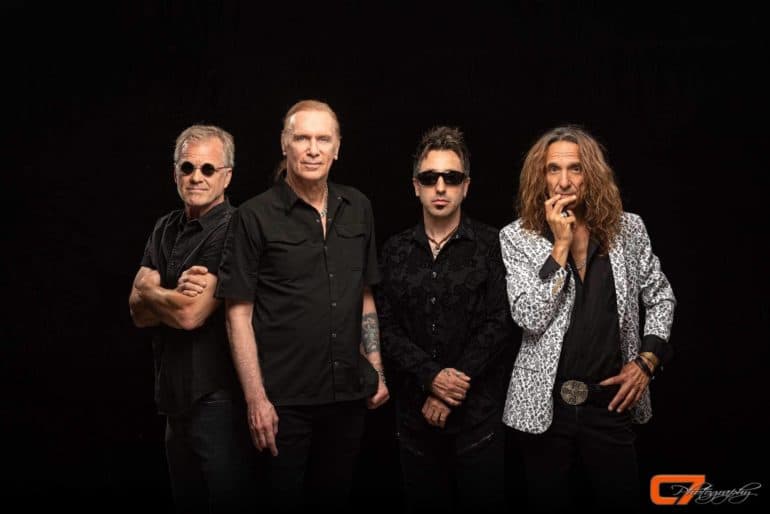 TALAS will release a new album, “1985”, on September 23 via Metal Blade Records. The LP’s latest single, “Crystal Clear”, can be streamed below.

Formed in the early 1970s and dissolved in 1985, TALAS may have never reached arena-headlining status but they were an integral part of the early 1980s hard rock scene, and their long-awaited return does not disappoint.

“The time was right and we were all into it, no one needed any convincing, we were all instantly excited to do it,” explains bassist Billy Sheehan, who is rejoined by drummer Mark Miller and powerhouse vocalist Phil Naro, as well as new recruit Kire Najdovski on guitar.

“It’s like we never stopped — everything fell together so easily. It was quite wonderful.” Now they return with “1985”, 11 tracks of classic hard rock, picking up where they left off, and it is a release that will have old school fans salivating and new followers fired up with its big riffs, seductive choruses and killer soloing — basically everything that could be wanted from a TALAS record.

Asked why people should be excited for this comeback, Sheehan answers enthusiastically: “Because so many of them were there, with us, and a million other great bands that made the 80s such a special musical experience. And also there are so many who might not have been there but have fallen in love with that spirit as well. We feel a very special bond with them all.”
With all but one song — “Black And Blue” — written in 1985, the album would have been TALAS‘s fourth full-length had the band not split, and while they have worked hard to get the best out of them they have not tampered with the tracks or given them a modern twist, letting them live in the era in which they were created.

“We wanted a snapshot of our musical life from 1985,” explains Sheehan. “It’s the same spirit, mostly the same people, and it’s bringing the ’80s into 2022. The ’80s were an amazing time for music and bands, and we were all excited to go back to that, and I would say the record is raw, real, honest, and exhilarating.”

The album was recorded in Miller‘s living room in the house he built, utilizing a mobile recording setup, and according to Sheehan the sessions were “an absolute joy.” Coordinating everything remotely during the pandemic — with Russ Mackay handling the engineering/mixing/mastering from Toronto — was the hardest aspect of recording, but they managed to pull it all together, making a record that sounds cohesive from start to finish, giving no suggestion that it was anything but a smooth process. As well as Mitch Perry‘s guest appearance, the band also invited Naro‘s son, James, to appear on the record, who “sang some harmonies — like father, like son, he sounded really great.” There are hopes to tour the record, though sadly, after a long battle with cancer, Naro passed in 2021, but thankfully he recorded all of his parts prior to his death, and “1985” stands as a great epitaph to a great vocalist.

Kings of the Buffalo bar circuit, TALAS slogged it out through the 1970s and 1980s, hoping for the breakthrough that never quite came. When David Lee Roth left VAN HALEN, Sheehan immediately joined Roth‘s band, putting an effective end to TALAS.

In 2017, Sheehan reformed TALAS with a lineup featuring Naro and Miller, along with Najdovski, to play at the “Bands At Barnard” charity event in Greece. The group has played sporadic shows since then.

After fronting TALAS in the 1980s, Naro paired his powerful voice on a number of recording projects with KISS founding member Peter Criss and later with Canadian rockers CONEY HATCH. Phil also co-wrote and recorded several tracks with guitarist and founding member of THE RASCALS, Gene Cornish, and co-wrote three songs for Canadian artist Lee Aaron for her 1989 album “Bodyrock”.

Sheehan‘s penchant for innovation has revolutionized the way the bass guitar is played. He formed MR. BIG in 1989, achieving a Billboard No. 1 single in the USA and 14 other countries with “To Be With You” from the band’s second Atlantic Records album release, “Lean Into It”. While developing his trademark style of playing, he performed over 4,000 live gigs on every continent except Africa and Antarctica. 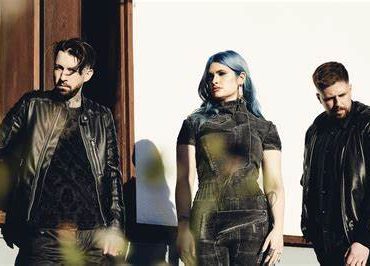 SPIRITBOX has dropped its first new music since the band's incendiary, chart-topping debut album, "Eternal Blue". The new release comes in the form of a three-track single titled "Rotoscope" and sees SPIRITBOX bringing its unique spin to a more industrial, 1990s alt-rock-tinged sound. The new drop is accompanied by an official music video directed by Max Moore which can be viewed below. "Rotoscope" track listing: 01. Rotoscope 02. Sew Me Up 03. Hysteria Fresh off of a run of incredible U.S. […]