TESLA’s FRANK HANNON Confirms COVID-19 Diagnosis: ‘I Have Not Been Able To Move All Week In Pain’ 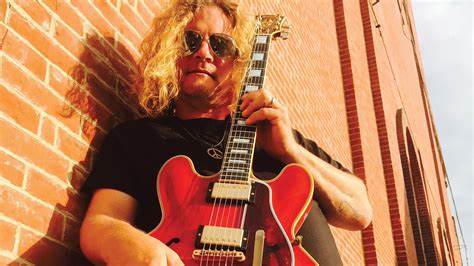 TESLA guitarist Frank Hannon has confirmed that he recently tested positive for COVID-19, the disease caused by the novel coronavirus.

Hannon publicly acknowledged his diagnosis on the same day that TESLA announced it was postponing its next few shows due to members of the touring party contracting COVID-19.

As BLABBERMOUTH.NET reported yesterday, TESLA played the first two shows of its summer 2021 tour — August 5 in Grants Pass, Oregon and August 6 in Grand Ronde, Oregon — without Frank. Filling in for him was Howie Simon (JEFF SCOTT SOTO, GRAHAM BONNET, STRYPER), who previously stood in for Hannon in September 2018.

Earlier today, Hannon released the following statement via his social media: “I want to thank my friend Howie Simon for stepping in to help us.

“Please accept my apology for not saying anything sooner, but I’ve not been able to move all week in pain. The day the bus was leaving I woke up w 102 fever, shakes and couldn’t hardly breathe. So I stayed home. I’ve been unable to hardly move or function since. Tested positive for Covid. (yes I got the vax, thought maybe it was side efx). Howie did the 2 Oregon shows for me, and the guys are postponing more dates until we’re all cleared up and safe ..

Added bassist Brian Wheat in a separate post on his Instagram: “Hello folks it’s obvious some of us have come down with Covid please send out good vibes to my brothers in the crew and the band we’ll get back out there when everyone is healthy again …… and for the record this isn’t fun”.

In June 2020, the members of TESLA got together — virtually — to jam out a quarantined version of “Breakin’ Free” as part of their online series “Home To Home”.

TESLA spent most of 2019 touring in support of its latest album, “Shock”, which was released in March 2019 via UMe. The follow-up to 2014’s “Simplicity” was produced by DEF LEPPARD guitarist Phil Collen. 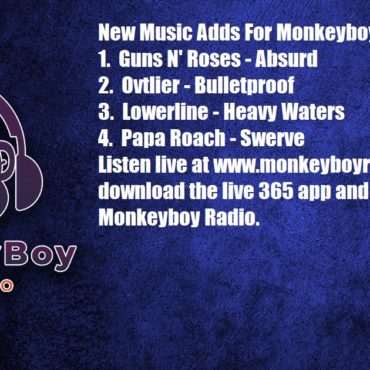 New Rock Adds For This week on Monkeyboy Radio