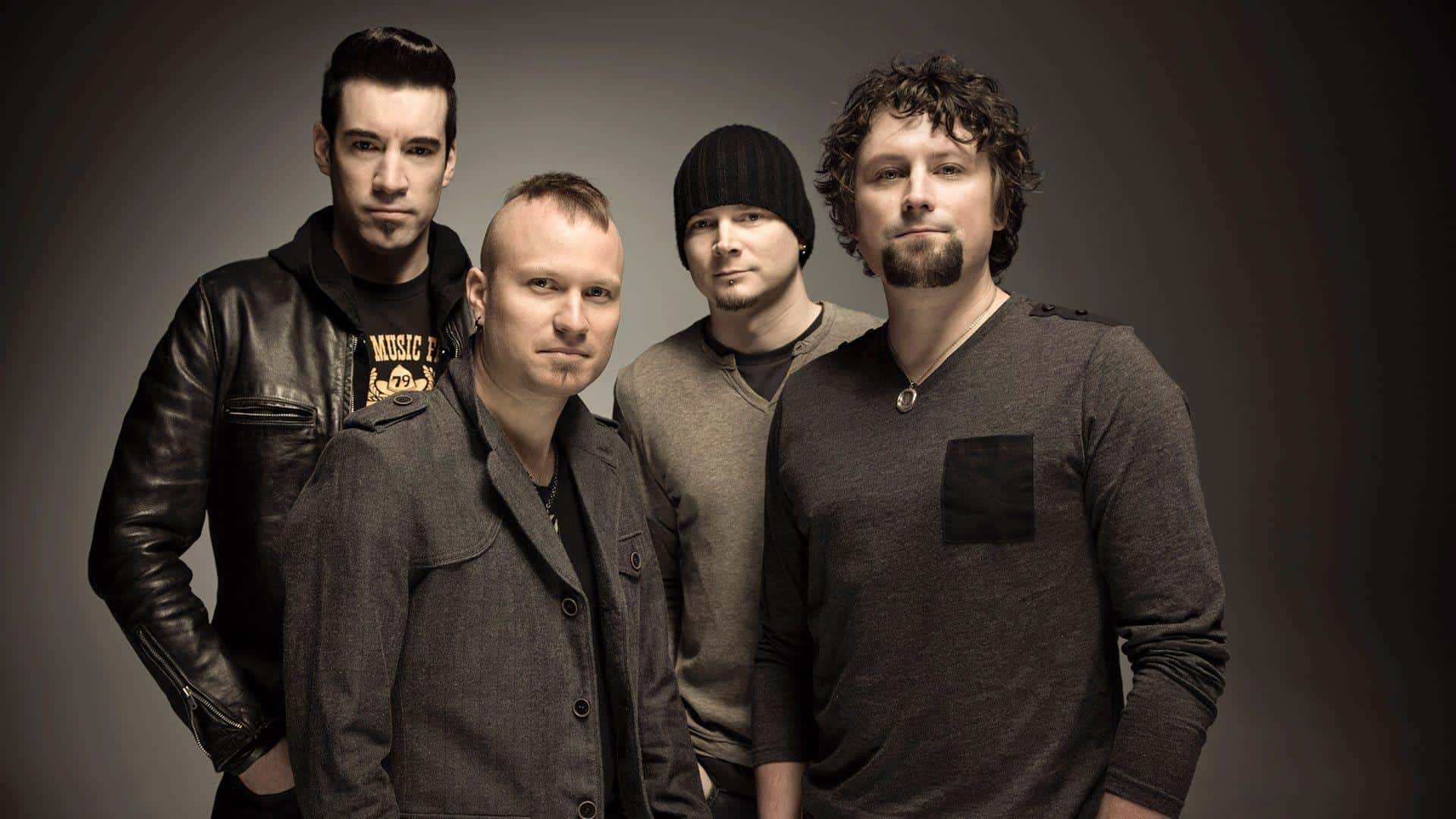 Fresh off a successful fall 2021 tour, THEORY OF A DEADMAN (a.k.a. THEORY) is returning to the road this winter on the “Say Nothing” tour.

THEORY will embark on a headline run, kicking off February 11 in Indianapolis and running through March 13 in Charleston, South Carolina. Support includes BLACK STONE CHERRY from February 11 to February 14. SHAMAN’S HARVEST will support on all the remaining dates.

Fans can expect a set packed with instantly recognizable smash hits, long-standing fan favorites, and material from the band’s 2020 full-length “Say Nothing”.

Upon release last year, “Say Nothing” debuted at No. 2 on the Billboard Alternative Albums chart and No. 3 on the Rock Albums chart. Produced by Martin Terefe, “Say Nothing” finds THEORY speaking up through timely lyrical commentary with the band’s finger on the pulse of the current climate and the issues that our society is grappling with today, all threaded together with a message that’s both a cautionary warning and a hopeful wish for our collective future. The title track offers up a stark, emotional confessional about a communication breakdown in a relationship that ultimately leads to its demise and “Strangers” addresses the current tense state of American politics and the divisive nature of our culture, calling out how nasty it has become between those with differing political affiliations and our society’s increasing inability to openly listen and relate to one another.

With undeniable anthems, scorching songcraft, experimental vision, rock ‘n’ roll attitude, and clever pop ambition, “Say Nothing” is a continuation of their musical and thematic evolution, displaying the band’s powerful storytelling in full force and introducing fresh sounds and sonics. Meanwhile, THEORY‘s 2017 album “Wake Up Call” featured their platinum single “Rx (Medicate)” , which addressed the opioid epidemic and racked up more than 250 million streams, becoming their third No. 1 on the Billboard Hot Mainstream Rock Tracks chart and earning the band an iHeartRadio Music Award nomination for “Rock Song Of The Year”. Over the course of nearly two decades, THEORY‘s impressive catalog has earned them several platinum and gold singles, a platinum album, and two Top 10 album debuts on the Billboard Top 200.

Fans of classic Canadian rockers TRIUMPH are in for a special treat — the launch of the "Triumph Vault" web site on Tuesday, December 14. By accessing triumphvault.com, fans will be able to discover artifacts from the band's career beginning with a celebration of TRIUMPH's classic 1981 album "Allied Forces". This inaugural collection will feature a selection of newly discovered artifacts personally curated by drummer Gil Moore, guitarist/vocalist Rik Emmett and bassist Mike Levine in collaboration with Definitive Authentic. Several pieces are partnered with […]