TOM MORELLO Defends His Friendship With TED NUGENT: ‘I Reserve The Right To Be Friends With Anybody’ 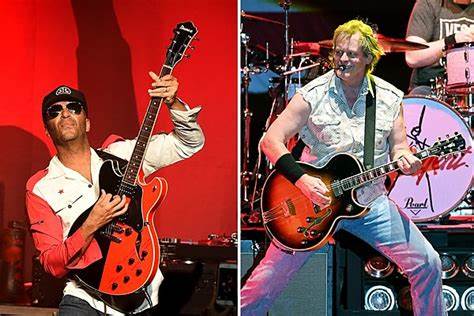 RAGE AGAINST THE MACHINE guitarist Tom Morello has defended his friendship with Ted Nugent, saying its “important to keep an open dialogue with people you disagree with.”

Morello, who is a member one of the most militant left-wing rap/rock/metal bands of all time, discussed his unlikely relationship with the outspoken conservative rocker during a recent interview with NME. He said: “I reserve the right to be friends with anybody. I reserve the right to confront opinions I disagree with, with open heartedness and love, or by throwing a brick. That’s up to me. In the case of Ted, I know he’s become this right-wing caricature but there have been several times where I have reached him on issues that you might be surprised about. But he is still crazy uncle Ted who says all sorts of shit.”

He added: “It can be important to keep an open dialogue with people you disagree with, especially in this global community of disagreements. Sometimes it’s just as important to block them, though.”

Earlier this year, Morello explained to “The Howard Stern Show” how he struck up a friendship with Nugent. “For his 60th birthday, someone reached out to me and said, ‘We’re making a video, and we’re asking guitar players [to say a few kind words],” he said. “At the time, the Ted Nugent which was sort of known in the world in general was this kind of more right-wing caricature — people were not thinking of him, first and foremost, as the guy who shredded on ‘Stranglehold’. But then I had to think, ‘What is the video that I’m going to make for Ted‘s birthday?’ And I put some thought into it, and I said, ‘It’s gonna be about two things. One, it’s gonna be things that Tom Morello and Ted Nugent have in common,’ and I went down this long list of [things like] free-speech advocates, our love of rock and roll, our respect for black artists who created rock and roll. And then the second was things that Ted Nugent taught an adolescent Tom Morello about sex. And then I went through ‘Cat Scratch Fever’ — these strange words, like the lyrics to the song ‘Cat Scratch Fever’, the lyrics to the song ‘Wang Dang Sweet Poontang’, which were utterly foreign to me, and I had to ask about on the playground. Anyway, so Ted called me up after that. And while we certainly have differences, I consider him a friend.”

Morello previously spoke about his relationship with Nugent during a 2017 interview with The Guardian. He said at the time: “We have very similar views on freedom of speech. His libertarian edge and my anarchist edge overlap considerably.

“Sometimes, if he says something outrageous that will fire up his racist base, I’ll text him to say, ‘Dude. What are you on about?’ We’re able to talk about it as friends as opposed to people on the opposite sides of the barricade.”

Nugent, an avid supporter of former U.S. president Donald Trump, has repeatedly said that last year’s presidential election was a fraud, insisting that “hundreds of thousands of dead people” voted and claiming that machines were “rigged” to give a Donald Trump vote to Joe Biden.

Leading up to the election, Nugent teamed up with Donald Trump Jr. on the campaign trail.

Ted has called Trump “the greatest president in our lifetime,” and believes the billionaire real estate mogul represents “the heart and soul of the best American families out there.”

Two years ago, Morello referred to Trump as an “orange-faced demagogue.” 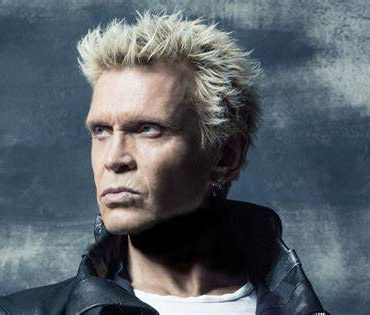 Billy Idol performed his current single, "Bitter Taste", on the October 7 episode of ABC-TV's Jimmy Kimmel Live. The late night appearance was to promote the EP, and dates for his Las Vegas residency that opens at The Chelsea at The Cosmopolitan in Las Vegas on October 16 The tune from the rocker's new EP, "The Roadside", sees Idol reminiscing about his near-fatal 1990 motorcycle accident, which saw him hit […]