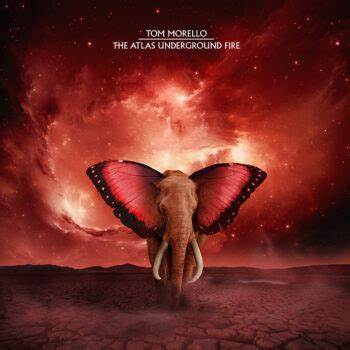 Morello‘s cover of “Highway To Hell” (courtesy of SiriusXM) can be streamed below.

Tom said about the cover: “Our version of ‘Highway To Hell’ pays homage to AC/DC but with Bruce Springsteen and Eddie Vedder, bringing this legendary song into the future. One of the greatest rock ‘n’ roll songs of all time sung by two of the greatest rock ‘n’ roll singers of all time. And then I drop a shredding guitar solo. Thank you and good night.”

“The Atlas Underground Fire” will be released on October 15 via Mom + Pop Music.

Speaking about “The Atlas Underground Fire”, which was recorded during the coronavirus pandemic, Morello said: “During lockdown I had no access to an engineer so I had to record all of the guitar parts on the voice memo of my phone. This seemed like an outrageous idea but it lead to a freedom in creativity in that I could not overthink any of the guitar parts and just had to trust my instincts.

“This record was a life raft in a difficult time that allowed me to find new ways of creating new global artistic connections that helped transform a time of fear and anxiety into one of musical expression and rocking jams.” 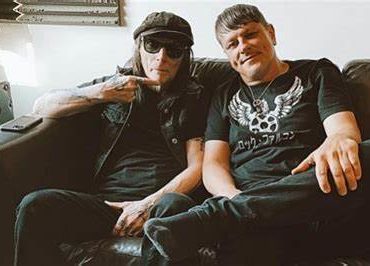 KORN drummer Ray Luzier has confirmed that he is featured on MÖTLEY CRÜE guitarist Mick Mars's highly anticipated debut solo album. Mars has been working on the disc — on and off — for at least the past five years. The effort is being recorded in Nashville, where Mars has lived for about eight years. Some of the early sessions for the LP were helmed by recently retired producer Michael Wagener (OZZY OSBOURNE, ACCEPT, WARRANT, SKID ROW) at Blackbird Studio. Earlier today, Luzier shared a photo of […]