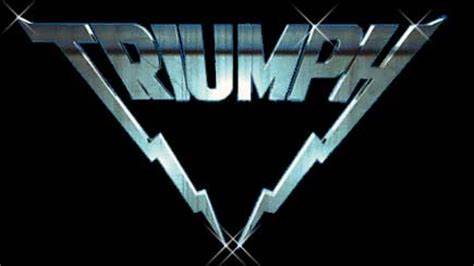 TRIUMPH‘s first-ever feature documentary about the band’s dramatic career, “Triumph: Rock & Roll Machine” (changed from the working title of “Triumph: Lay It On The Line”), will receive its world premiere on Friday, September 10 at the Toronto International Film Festival (TIFF). A trailer for the film is available below.

Produced by Emmy and Peabody award-winning Banger Films, “Triumph: Rock & Roll Machine” is a Crave original documentary that was previously described as “a celebratory, exhilarating thrill ride through the history of one of rock’s most unsung acts.” The film covers TRIUMPH‘s humble beginnings as staples of the GTA circuit in the mid-’70s to their heyday as touring juggernauts, selling out arenas and stadiums all across North America with their legendary spectacular live shows — and way beyond.

Last year, guitarist/vocalist Rik Emmett told The Metal Voice about the making of “Triumph: Rock & Roll Machine”: “There’s a surreal nature to it — you’re going back in your life, and they’re reminding you of things that you’d completely forgotten,” he continued. “And you’re going, ‘Oh, yeah.’ And then they’re digging deeper, and they’re going, ‘So, when the band broke up…’ And you’re going, ‘Okay, this hurts, actually.’ I don’t wanna have to go back to that, because the rise and the fall and the rise again, it’s the fall that hurts. I don’t wanna go there. I thought I’d put all this behind me. It was ugly, heavy baggage.”

The aforementioned invite-only event was held in November 2019 in front of 300 “superfans” at MetalWorks studio in Mississauga (a suburb of Toronto), Ontario, Canada. Emmett, bassist/keyboardist Mike Levine and drummer Gil Moore played a three-song set that marked TRIUMPH‘s first performance in 11 years, as well as its first as a pure three-piece power trio in 31 years. The tracks played were “When The Lights Go Down”, “Lay It On The Line” and “Magic Power”. 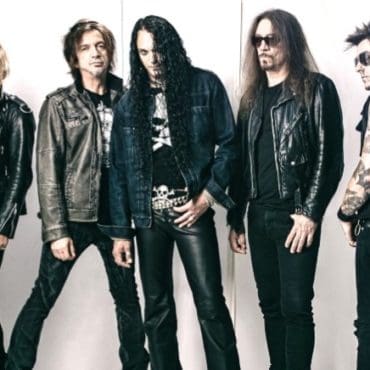 SKID ROW is continuing work on its long-awaited new album for a tentative early 2022 release via earMUSIC. Bassist Rachel Bolan offered an update on the progress of the recording sessions for the LP in an Instagram video message on Monday (August 23). He said (as transcribed by BLABBERMOUTH.NET): "I'm on my way to the studio. Snake [guitarist Dave Sabo] and Scotti [Hill, guitarist] just got in last night. Snake braved the hurricane. Yeah, they got in last night and they're starting […]