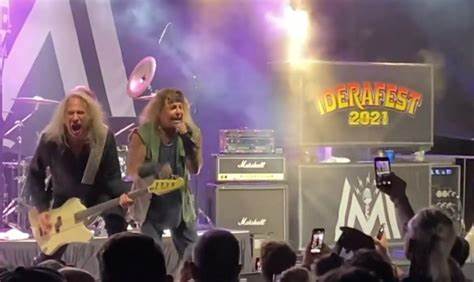 Video footage of MÖTLEY CRÜE singer Vince Neil performing the band’s classic songs “Dr. Feelgood” and “Looks That Kill” at a private concert last night (Thursday, August 5) in Austin, Texas can be seen below. Also appearing at the event was Sammy Hagar, according to SiriusXM radio personality Eddie Trunk, who shared the clips on his Instagram page.

Last night’s show came more than two months after Neil struggled to complete his solo concert at the Boone Iowa River Valley Festival in Boone. Based on fan-filmed video footage of the gig posted on YouTube, the 60-year-old rocker, who hadn’t performed in more than a year and a half due to the COVID-19 pandemic, began losing his voice several songs into his set, which consisted exclusively of CRÜE classics and cover songs previously recorded by the band.

14 songs into the performance, Vince attempted to sing CRÜE‘s smash hit “Girls, Girls, Girls” but gave up mid-song, explaining to the crowd: “Hey, guys… I’m sorry, you guys. It’s been a long time playin’. My fuckin’ voice is gone… Eh… We love you, and we’ll hopefully see you next time, man. Take care.”

After Neil walked off the stage, his backing band — which still consists of bassist Dana Strum and guitarist Jeff “Blando” Bland from SLAUGHTER, along with drummer Zoltan Chaney — continued to play the song, singing along to what appeared to be pre-recorded backing vocals.

In December 2019, CRÜE manager Allen Kovac told Fox Business that “some of” the bandmembers had enlisted outside help to get in shape for the trek. Kovac was referring to criticism of Neil for his supposed diminished singing ability and weight gain, as well as the health status of guitarist Mick Mars, who has been dealing with a chronic form of arthritis that led him to undergo a hip replacement.

Kovac explained: “Some of them are working with a trainer, some of them are working with a nutritionist to make themselves the best they can be. The greatest insecurity for an artist is: Is anyone going to care about my music? Is anyone going to buy a ticket? We were in November [2019] when the discussions were happening, and these guys were already into regimens of how they get ready for a tour.”

Speaking specifically about Neil, Kovac added: “Let’s see what Vince sings like and looks like when the tour goes out.”

CRÜE bassist Nikki Sixx also said that Vince was “killing it” while working with “trainers” and “nutritionists” in preparation for “The Stadium Tour”. 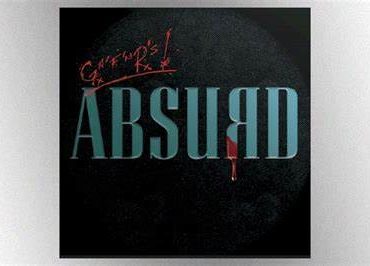 GUNS N' ROSES has officially released a new song called "Absurd" across all digital music providers. You can listen to it below. The studio version of "Absurd" — which is a reworked version of a previously unreleased GN'R track called "Silkworms" — arrives three days after the band performed the tune live for the first time during its concert at Boston's Fenway Park. "Some of you might have heard this under another name, but this is really kind of […]