Ozzy Osbourne recently confirmed that 15 songs have been recorded for his upcoming follow-up to 2020’s “Ordinary Man” album. He is once again working with producer Andrew Watt on the “work-in-progress” LP, which will include guest appearances by Jeff Beck, Eric Clapton, Tony Iommi and Zakk Wylde.

Asked about his contributions to the new Ozzy LP, Zakk told Music Radar: “The new Ozzy stuff is sounding great. And for sure, it’s an honor to play on a record with all my heroes. It’s pretty cool… I can’t wait for everyone to hear it. I’ve always loved ‘Blow By Blow’ and ‘Wired’, but honestly, every record Jeff Beck has put out is amazing.”

Earlier in the month, Ozzy told Metal Hammer magazine that his new album will be “similar in tone to ‘Ordinary Man’, but I can’t describe it completely. I’ve not heard it for a while because it keeps going over to the next person to add their parts — we’re fucking around with it all the time,” he said.

Six months ago, Ozzy told U.K.’s Metal Hammer magazine that he and Andrew had completed more than a dozen for his next studio LP. “My only concern right now is finishing the bloody thing,” he said. “We’ve got the same production time as the last time, so there’s definitely going to be some similarities. But you’ll just have to wait and see what you think.” 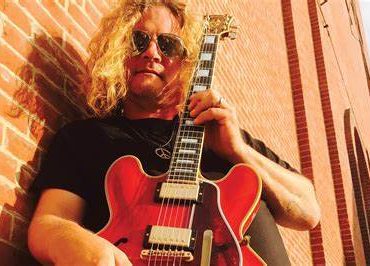 TESLA’s FRANK HANNON Is Working On A Book

In a new interview with Rockin' Metal Revival, TESLA guitarist Frank Hannon was asked if he has given any thought to the idea of writing a book. He responded (as transcribed by BLABBERMOUTH.NET): "Yes, I do have a concept for a book that I've been working on in my mind. And the tentative title of it is 'Modern Day Cowboy'. Because I do a lot of horse activities and I work with a lot of people in […]