ZAKK WYLDE: ‘Playing With OZZY OSBOURNE Is Just Like Being In The Greatest Cover Band’

Zakk Wylde spoke to Full Metal Jackie‘s nationally syndicated radio show about the “No More Tours 2” dates from Ozzy Osbourne which were originally scheduled to take place in 2019 but were postponed several times due to Osbourne‘s health problems as well as issues pertaining to the ongoing coronavirus pandemic. Asked what he looks forward to most about being able to interpret new Ozzy Osbourne songs that he didn’t write or record, Zakk said (as transcribed by BLABBERMOUTH.NET): “It’s been that way since I first joined the band — between us doing [BLACK] SABBATH stuff and then playing everything [that was originally recorded] by Randy [Rhoads] and Jake [E. Lee]. I’ve always said playing with Ozzy is just like being in the greatest cover band, and then you get to do your own thing as well. I just look forward to getting back out there with the boss. We were having such a great time up before he got hurt. The last show that we did was at the Forum [in Los Angeles] on that New Year’s Eve show [in December 2018], and I remember Ozz telling me we should probably do this every year ’cause it turned into such a great time. I remember mom — Mrs. O [Ozzy‘s wife and manager Sharon Osbourne] — she was just saying, yeah, we should probably do this every year where — an Ozzfest type of thing at either the Forum and then Ozzy can do it in different arenas every year. ‘Cause it was in the parking lot and you had all these other bands play — it was an all-day thing. So that was the plan before he got hurt. And I remember we were getting ready to go back out and continue the tour. Yeah, right now, he’s working out, doing his thing so he can get his dead-lift, his bench-press and squat numbers back up to his world-class records and get him back on the platform so he can shatter all his previous records.”

Two years ago, Ozzy stated about Zakk: “Zakk is somewhere else, man. That guy gets faster and faster. Zakk has been with me longer than any guitar player ever! He’s been with me the longest and is one of the greatest friends I’ll ever have. He is a family member to me. I mean, if I ever really needed him for anything, I could phone him up and he’d say, ‘I’ll be there in five minutes.’ And vice-versa. Zakk‘s a hard-working guy. He works his balls off.”

Although Zakk does not appear on the legendary heavy metal singer’s latest LP, “Ordinary Man”, he has already laid down his guitar tracks on Ozzy‘s upcoming follow-up effort, tentatively due in early 2022.

Ozzy initially scrapped his entire 2019 schedule as he recovered from surgery to repair an injury sustained while dealing with a bout of pneumonia. The tour was postponed a second time after Ozzy continued to deal with health issues following a fall in his Los Angeles home. That fall “aggravated years-old injuries” from an ATV accident that occurred in 2003. The tour was pushed back a third time in October 2020 due to the coronavirus pandemic and a fourth time in November 2021 “due to the ongoing uncertainty with full capacity events and travel logistics.”

Earlier this year, it was revealed that Ozzy was due to undergo a major surgery to help correct neck and spine issues following the 2019 fall. Those injuries have continued to keep the legendary heavy metal singer from returning to the stage.

Less than a year after Ozzy‘s fall, the family revealed publicly that the BLACK SABBATH frontman had been diagnosed with Parkinson’s disease.

In July 2020, Ozzy said that he was still “not back to 100 percent” after suffering from several medical issues last year, including the fall, neck surgery and hospitalization for the flu. Ozzy also said that he was looking forward to performing again once he has regained his health and the coronavirus pandemic has subsided.

In May 2020, Ozzy‘s son Jack said that his father will “probably” retire “within the next five to ten years.” But Ozzy, who turned 73 on December 3, has repeatedly said that he is not calling it quits, despite the fact that his “No More Tours 2” — whenever it ends up happening — is being billed as his last major global trek.

Ozzy was also forced to cancel an April 2020 trip to Switzerland to see a doctor who specializes in treatment of Parkinson’s disease. 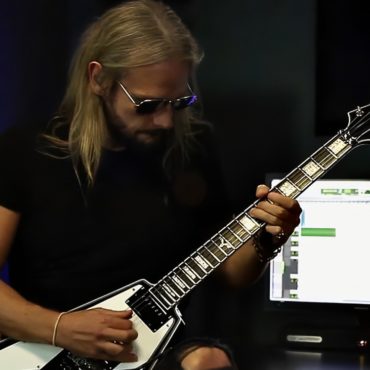 JUDAS PRIEST guitarist Richie Faulkner returned to Instagram Live on Sunday (December 5) to livestream himself playing guitar for nearly a couple of hours. You can watch video of the session below. Faulkner'a latest Instagram Live jam took place ten weeks after he suffered an acute cardiac aortic dissection during a performance at the Louder Than Life festival, just a short distance from Rudd Heart and Lung Center at UofL Health - Jewish Hospital in Louisville, Kentucky. It took […]