Zakk Wylde says that “it’s an honor” to be playing on the upcoming Ozzy Osbourne album alongside some of his guitar heros.

The guitarist, who has been a member of Ozzy‘s solo band on and off for 35 years, was excluded from the legendary heavy metal singer’s 2020 LP “Ordinary Man”, which was the first Osbourne effort to be produced by Andrew Watt.

After Ozzy recently confirmed that Zakk, Eric Clapton, Jeff Beck and Tony Iommi all make an appearance on his “work-in-progress” follow-up to “Ordinary Man”, which is tentatively due in early 2022, Wylde talked about his involvement with the LP during a chat with the “Australian Rock Show” podcast. He said (as transcribed by BLABBERMOUTH.NET): “If you would have told me when I was 15 years old that I would be playing on a record with Ozzy, Tony Iommi, Jeff Beck and Eric Clapton, I would have been, like, ‘Yeah, okay. I guess we’ll be going for pizza with them as well.’ It’s just, like, ‘Yeah, okay. Whatever, man.’ But, yeah, it’s definitely pretty surreal. It’s an honor. Obviously, they all my heroes — Ozzy [and] everybody, all the other guys. [It’s] definitely a humbling, honoring moment for sure.”

Last November, Zakk told “The Cassius Morris Show” that he didn’t contribute to the songwriting process for Ozzy‘s upcoming album. “Basically, everything was already written,” he said. “I would change a few things here and there, going into certain riffs or something like that — you know, do my own thing to ’em. But it was pretty much already done. But kind of how we did — [2001’s] ‘Down To Earth’, I think, was more like that where everything was pretty much written before I got in there. So I just do my thing, put my solos and everything like that. But, yeah, I’m really happy with the way it came out.”

Ozzy previously said that 15 songs have been recorded for his upcoming LP which is once again being produced by Watt.

Zakk told Music Radar that Beck “definitely sounds slamming” on the upcoming Ozzy album. “The same goes for all the guys — what Tony Iommi played, and then Eric Clapton and Jeff Beck, it’s all killer, for sure. On those tracks I’m playing rhythm guitar for my heroes… it’s crazy! It sounds awesome and I’m beyond honored to be doing it.”

Last fall, Ozzy told Metal Hammer magazine that his new album will be “similar in tone to ‘Ordinary Man’, but I can’t describe it completely. I’ve not heard it for a while because it keeps going over to the next person to add their parts — we’re fucking around with it all the time,” he said.

Wylde previously told Classic Rock that he wasn’t disappointed to be excluded from “Ordinary Man”. “Not at all,” he said. “I thought he and Andrew Watt did a great job. I understand why I’m not in the studio. Ozz once said to me that he didn’t want to be the lead singer in BLACK LABEL SOCIETY: ‘You have your own thing now, so go to it.’ 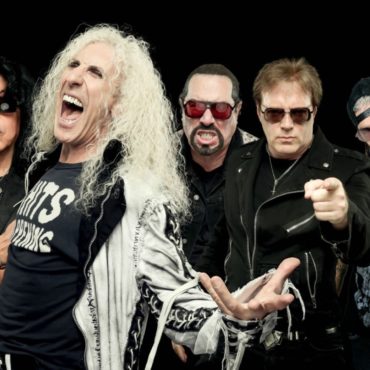