JOHN CORABI To RATT: ‘Check Your Egos At The Door’ And Get Classic Lineup Back Together 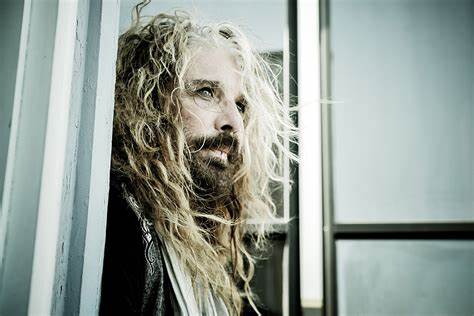 In a recent interview with Rock Show Critique, former MÖTLEY CRÜE singer John Corabi spoke about his nearly decade-long stint (2001-2008) as the rhythm guitarist in RATT. He said (as transcribed by BLABBERMOUTH.NET) “For the eight years that I was in the band, even when Jizzy [Pearl] was there [singing for the group], RATT was just constantly bickering and fighting within… Now, in the beginning, it was just Warren [DeMartini, guitar] and Bobby [Blotzer, drums]. Warren would say, ‘Bobby, you’re playing the songs too fast.’ And Bobby would go, ‘You’re playing ’em too slow.’ And they would go back and forth. And then meanwhile, our crew guy Craig and me, Robbie [Crane, then-bassist] and Jizzy would go get a sandwich, go home and make a Bundt cake and literally shave, shit and shower and then come back, and they’d still be arguing about the tempos of the songs. Well, then, six or seven years later, Stephen [Pearcy, RATT singer] comes into the mix, and it was still the same thing. Without sounding derogatory, it was always just a pissing contest between the original members.”

Corabi continued: “We did the last tour with Stephen. One of the last shows we did was at the House Of Blues in L.A. And we got offered a record deal. I flew back to Nashville, and I just had a — I don’t wanna say a panic attack, but I was just sitting there going, ‘Oh, shit. They want us to go somewhere for, like, three months and live together, write together and record together a new album.’ And personally, I just went, ‘These guys can’t get through a fucking rehearsal without wanting to kill each other. I can’t do this.’ So I called them on the phone. I go, ‘Yeah, I’m out.’ And they were shocked. They were, like, ‘Dude, we just got a record deal.’ And I’m, like, ‘Yeah, I know. I’m still out. Whatever.’ And as it turned out, they just bickered and fought with each other through the whole thing.”

John added: “I love Warren — separately. I love Bobby — separately. I love Stephen — separately. I even love Juan [Croucier, RATT bassist] separately. I know all of those guys. But until they realize that it’s not 1985 anymore or not 1987 anymore… The fans would like to see the original guys do their thing, go out and play the songs that everybody grew up listening to. And check your egos at the door, guys. It doesn’t matter. It’s not Stephen alone, it’s not Warren alone, it’s not Bobby alone, it’s not Juan alone — it’s RATT. Figure it out. Figure out how to make it work, just like MÖTLEY [CRÜE], and go out and do your thing. Fans would be nothing but happy if you could just put your differences aside and just go out on stage and play for an hour and a half, two hours a night and then go to the next city and do the same thing without flipping each other off behind the stage. Just make it work.

“I love those guys to death, but… I mean, look at them right now. Stephen‘s, like, ‘All right. If we’re gonna do RATT, let’s do RATT. Let’s get the four guys in a room and make it happen. Let’s write a record, or do a record, and get out and tour as RATT.’ I’ve seen some interviews he’s done recently. And they just shoot themselves in the foot all the time. And it’s sad. But I just didn’t want any part of it. I can’t do it.”

Back in 2017, Corabi told the “Music Mania” podcast that he was less than pleased with Blotzer for reasons that he didn’t disclose. “Without getting into too much, whatever, I’m not real happy with Bobby Blotzer right now,” he said. “I did a gig with him, and him and I left the gig like… I walked in there… I just remember walking in, I bought him a drink at the bar, and then by the end of the night, we wanted to kill each other. So I’ll just leave it at that.”

Pearcy and Croucier are the sole remaining original members in RATT‘s current lineup, which made its live debut in July 2018 in Mulvane, Kansas. Joining them in the band are drummer Pete Holmes (BLACK ‘N BLUE, RATT’S JUAN CROUCIER) and guitarists Jordan Ziff (RAZER) and Frankie Lindia.

RATT — featuring Pearcy, Croucier and DeMartini — played a number of shows in 2017 after reforming a year earlier in the midst of a highly publicized legal battle with Blotzer over the rights to the RATT name. They were joined at the gigs by guitarist Carlos Cavazo, who played on “Infestation”, and drummer Jimmy DeGrasso, who previously played with Y&T, WHITE LION and MEGADETH, among others. 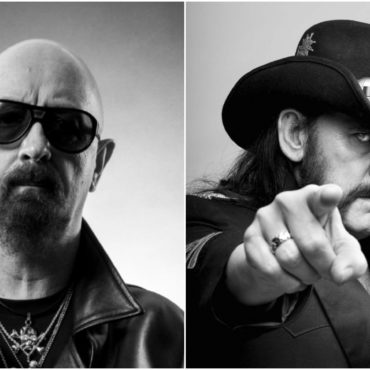 ROB HALFORD: ‘There Should Be A Book Of LEMMY Quotes, Because He Never Held Back’

To celebrate the life and times of MÖTÖRHEAD's iconic leader Ian Fraser "Lemmy" Kilmister, who passed away exactly six years ago — on December 28, 2015 — Revolver recently reached out to musicians who knew and/or admired him, including his old friend Rob Halford of JUDAS PRIEST. Speaking about his relationship with Lemmy, Rob said: "On a friendship level, I was always a little bit in awe of Lemmy because he was — and still is — this larger-than-life persona. When you […]