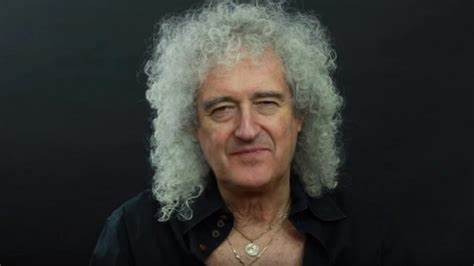 QUEEN guitarist Brian May, who recently went public with his battle with COVID-19, says that he is still feeling the effects of the virus more than two weeks after infection.

In a series of posts and videos on Instagram, the 74-year-old has been documenting how he’s been affected by coronavirus in the last few days.

A week ago, May said that he and his wife, Anita Dobson, apparently contracted the virus after going to a birthday lunch with some friends. He explained that the lunch seemed like a “safe situation,” as he had taken a lateral flow test that morning and he and Dobson have both been vaccinated.

Very early Monday morning (December 27), May returned to Instagram to thank fans for a million views of his original post announcing his COVID-19 diagnosis and to offer an update on his condition. He wrote: “I’m still baffled … but THANKS folks for a million views on this post (about 10 posts ago) – I’m glad it was useful.

“Today I’m at day 16 after the event which infected me with (I’m presuming) the Omicron variant of Covid. I’m still congested with a slight cough, and still sleeping too much. But I’ve been consistently negative in lateral flow tests for a number of days now. I feel pretty much fine except for tiredness – but that may be partly due to the fact that most days I choose to do my cardio exercise on the bike rather than rest !

“So do not fear out there – it seems that in most cases there is life after Omicron. But DO be very careful. Even if the booster shot is shown to be little defence against Omicron, the previous variants are still out there – against which the shots are a proven good defence. And those previous variants are still deadly. My advice ? Don’t relax your guard. Minimise your contacts. Good luck !!! Bri.

He added: “‘NEO-COVID’ ? I have one more piece of random advice. It’s really pure speculation – I don’t have access to research data on infections. This is based purely upon what I have seen, and would rightly be judged to be anecdotal. But around clusters of definite Covid infections over the last couple of weeks, I have noticed that there seem to be groups of people who suddenly get nasty colds, which do not ever produce a positive result in a lateral flow test. The particular ‘colds’ they get seem to exhibit almost identical symptoms to the cluster of positive Covid infected that they were close to. It seems like too much of a coincidence to me. I have this feeling that there might be a kind of ‘neo–Covid’ reaction out there, perhaps in people who have an immunity for one reason or another, or perhaps only receive a low viral load at the point of infection. Why would this matter? Well, if their symptoms are being caused by the Omicron virus but they are hidden, there must be a possibility that they can infect people around them with the virus. Right ? So my advice is stay away from people who suddenly, for no apparent reason, get nasty colds. And if you get one, think about your family and friends. Bri“.

A few days ago, May, who previously shared how he is vaccinated with “three Pfizer jabs,” speculated he was infected by the omicron strain of the virus. He wrote: “My deduction that it was Omicron is based on (1) the speed and pervasiveness of the spread of infection in that room … (2) the symptoms. I was badly congested, feverish and coughing for around two days, but I never lost my sense of taste or smell, and — much more importantly — never had difficulty with breathing in the lungs. So this new variant is a very different beast from the one which first put all our lives on hold nearly two years ago.”

May also said omicron is “completely out of control in the UK.”

The risk of infection, grave illness and death remains significantly lower among the fully vaccinated, health experts have repeatedly said.

In recent months, there has been an unprecedented number of hospitalizations all over the world, particularly among the unvaccinated, specifically because of COVID-19. Among these COVID-driven hospitalizations, many patients are being elevated to the intensive care unit, where they may require the support of a ventilator to assist with breathing difficulties.

May, who lives in London, had in the past attacked U.K. prime minister Boris Johnson over his handling of the COVID-19 pandemic, telling The Independent: “I think it would have been impossible for anyone to make worse decisions than Boris. At every point he did too little too late. Hundreds, if not thousands, of our relatives died because of bad advice and because of the bad decisions that Boris made with [former health secretary Matt] Hancock and those other people.”

He continued: “If [Johnson] had taken the precautions of shutting down the borders a year earlier, we wouldn’t have been in the situation we were. And the fact that he’s willing to trade lives quite openly for economic gain, I find horrific… completely unacceptable.” 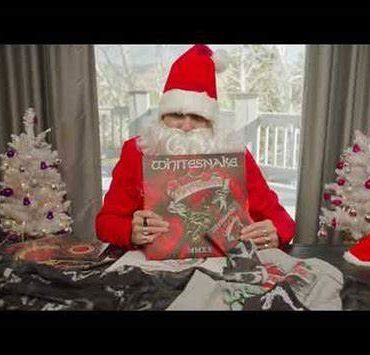 WHITESNAKE frontman David Coverdale has once again donned a Santa Claus outfit as he shared a new "Merry Christmas" video message for his fans. Check it out below. Coverdale, who turned 70 in September, recently opened up about his plans to retire from touring after the band's next batch of concerts around the world, telling the "Appetite For Distortion" podcast: "I planned to retire on the 2020 tour when I was 69. I thought that was the […]