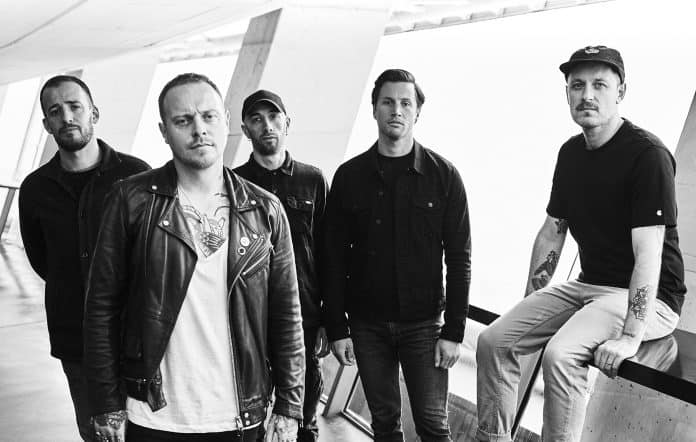 Architects had been planning to return to the concert stage in the U.S. next month, but according to a new statement from the band, that’s not going to happen. The band cited “logistical issues” as the reasoning for the cancellation.

The group was set to perform with We Came as Romans and Like Moths to Flames on the run, that was set to launch on Sept. 6 in Minneapolis. This actually was a rescheduled run that had been pushed back due to the pandemic when Polyphia and Loathe were set to support the band in the fall of 2021. The shows were in support of the band’s standout 2021 release, For Those That Wish to Exist.

In their statement, the band writes, “It pains us to announce that despite the best efforts of everyone in our band, our crew and the rest of the team, a number of logistical issues have forced us to cancel our upcoming North American tour. We had been looking forward to playing so many new songs for you, but everything from transportation to visa approval timelines and other hurdles have made the trip impossible at this stage.”

They continue, “We recognize the last few years have been a challenging time for everyone and we were really excited to perform for you and share moments together that only live music can facilitate. We will announce new plans to return as soon as we can. The last thing we want to do is announce new dates that we will be unable to uphold. Thank you for your understanding. We will be back. In the meantime, refunds for tickets & VIP will be made automatically to the method of payment used to purchase.”

Meanwhile, We Came as Romans also addressed their fans, but it appears as though they have something else in the works following the cancellation news. “We’re extremely saddened to share the cancellation of the For Those That Wish to Exist U.S. Tour,” wrote the band. “Architects are facing logistical issues that prevent this tour from happening. However, we’ve got some exciting news to share with you soon. We can’t wait.”

Though the tour was tied to the For Those That Wish to Exist album, fans of Architects know the group has been working on new music. Just last month they issued a new song called “Tear Gas” with the reveal that a new album titled The Classic Symptoms of a Broken Spirit would be coming on Oct. 21 via Epitaph Records.

Stay tuned to see what adjustments all three bands make to their 2022 scheduling with the tour now off. 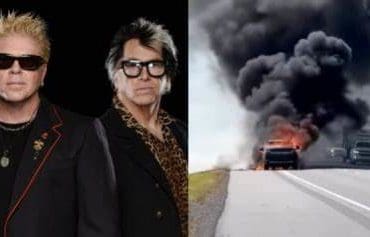 The members of THE OFFSPRING escaped unharmed after one of their vehicles caught fire Saturday while they were en route to Rimouski, Quebec, Canada for a concert. The veteran punk rock act took to social media yesterday to share a short video of the burning vehicle, and included the following message: "While traveling through Canada yesterday, something flew off the vehicle in front of us and became wedged underneath one of our […]