EVANESCENCE Performs ‘Better Without You’ On ‘The Kelly Clarkson Show’ (Video) 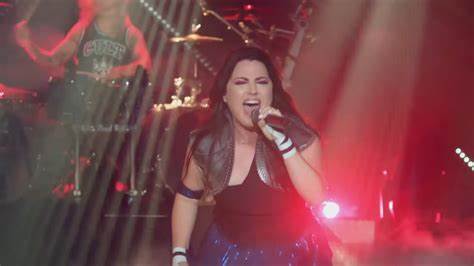 EVANESCENCE performed the song “Better Without You” on Monday’s (May 10) episode of the daytime talk program “The Kelly Clarkson Show”. You can now watch video of the band’s appearance below.

Clarkson introduced EVANESCENCE by saying: “My next guests have been rocking it out for nearly two decades, earning two Grammys with their first album out of the gate. It’s been 10 years since they’ve put out a new album, but they spent their time during the pandemic digging in creatively, and the result is a new LP that’s certainly been worth the wait. Now performing ‘Better Without You’ from their new album, ‘The Bitter Truth’, give it up for EVANESCENCE.”

EVANESCENCE and HALESTORM have announced a fall 2021 U.S. tour. Produced by Live Nation, the trek will kick off Friday, November 5 in Portland, Oregon, and take the bands to arenas across the country before wrapping up in the Northeast right before the holidays.

EVANESCENCE‘s next livestream event, “Driven to Perform Livestream Concert”, will take place on May 13. Presented by Cooper Tires and hosted by Alice Cooper, the free concert stream will include several songs from “The Bitter Truth” performed live for the first time.

Fans can tune in at 8 p.m. CT on May 13 (2 a.m. on May 14 BST) via DrivenToPerformConcert.com or through EVANESCENCE‘s Facebook page.

Shortly after its arrival on March 26, “The Bitter Truth” rose to the top of the iTunes album charts in 22 countries. Recorded during the pandemic, it confronts the dark realities of the world head-on. Yet its resounding message is one of light, and that pushing through is better than giving up.

A kiss-off to the naysayers and the cheats in the rearview mirror, “Better Without You” explodes with the “metal catharsis” that runs through ‘The Bitter Truth’” (Los Angeles Times). The official music video for the track was directed by filmmaker Eric D. Howell (“Ana’s Playground”, “Voice From The Stone”), who also directed the video for EVANESCENCE‘s “Use My Voice”. 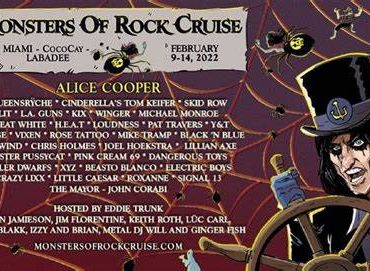 The annual Monsters Of Rock cruise is returning in 2022 to celebrate its tenth anniversary. Departing out of Miami, Florida, promoter On The Blue announced the five-day/five-night full-ship charter cruise will set sail February 9-14 aboard Royal Caribbean's Freedom of the Seas, visit two ports in CocoCay, Bahamas and Labadee, Haiti, and features performances from rock icon Alice Cooper, along with performances from over 35 artists. The public on-sale kicks off today (May 11) at […]