GHOST Is Back With First New Single In Two Years, ‘Hunter’s Moon’ 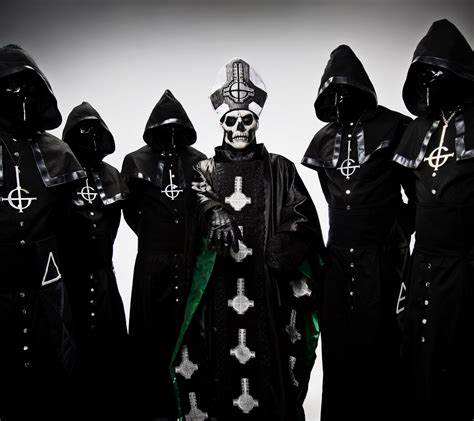 Swedish heavy rockers GHOST have released a new song called “Hunter’s Moon”. The track, which was produced by Klas Åhlund and mixed by Andy Wallace, is featured in the latest blockbuster installment of the legendary film franchise “Halloween Kills”. The “Halloween Kills” soundtrack is set to arrive October 15 via Sacred Bones, with the film hitting theaters (and Peacock) the same day as well.

A series of inspired encounters between creative forces from various worlds of sound and vision has resulted in “Hunter’s Moon”, the infectious first new track from GHOST since 2019’s “Seven Inches Of Satanic Panic”, and its phantasmagoric video directed by Amanda Demme.

The genesis of “Hunter’s Moon” can be traced back to GHOST‘s November 16, 2018 show at the Forum in Los Angeles. Ryan Turek, vice president of feature film development at Blumhouse Productions (“Get Out”, “Insidious”, “The Purge”, “Us”, “Whiplash”) attended the sold-out show, striking up an instant rapport with GHOST‘s mastermind Tobias Forge — one that developed quickly and deeply via meetings, podcast appearances, and ultimately a visit with co-writer and director David Gordon Green on the North Carolina set of the upcoming “Halloween Kills”.

Three years nearly to the day since that first fateful exchange, GHOST‘s “Hunter’s Moon” has materialized on DSPs, will play as the “Halloween Kills” end credits roll, and will be released January 21, 2022 as a collectible seven-inch single by Loma Vista Recordings. “Hunter’s Moon” can be streamed, purchased, and/or pre-ordered in its vinyl incarnation. The retail version of the seven-inch will feature the special B-side “Halloween Kills (Main Title)”, performed, produced and engineered by John Carpenter, Cody Carpenter and Daniel Davies.

Last October, Forge told Sweden Rock Magazine that he was planning to enter the studio in January to begin recording GHOST‘s fifth album. “The actual recording will last around six weeks and then there’s two to three weeks of mixing and mastering,” he said. “So sometime in March the record should be finished, but it won’t be released until after the summer. As it looks now, knock on wood, we will then go on tour. We won’t release an album until we know that we are actually going on tour. The album release will coincide with the start of a tour. Of course, we could announce an album release date and then, for some reason, it might not be possible to tour, but that’s a whole other matter.”

In October 2019, Forge confirmed to U.K.’s Kerrang! magazine that there would be a new character fronting GHOST by the time the group’s next LP sees the light of day.

“Prequelle” debuted at No. 3 on the Billboard 200 and featured the chart-topping singles “Rats” and “Dance Macabre”.

Five years ago, GHOST became the first Swedish rock band ever to win a Grammy — 2016’s “Best Metal Performance” for the song “Cirice”. 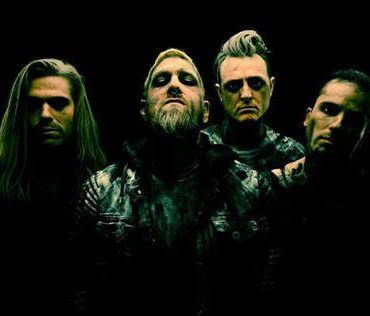 DED's second full-length album, "School Of Thought", will be released on October 15 digitally via Suretone Records, with the physical release dropping on November 19. "We are elated to release our sophomore album 'School Of Thought', as we really pushed ourselves outside of our comfort zone and that is where growth and great things can happen," shares singer Joe Cotela. "A school of thought is the perspective of a group of people who share […]