JETHRO TULL Signs With INSIDEOUT MUSIC; ‘The Zealot Gene’ Album Due In Early 2022 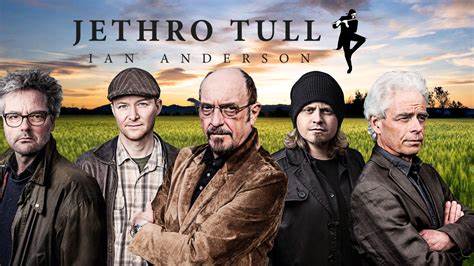 InsideOut Music/Sony Music has announced the signing of progressive rock legends JETHRO TULL. The band has already completed a new album titled “The Zealot Gene”, which can be expected in early 2022.

Ian Anderson had this to say about the new signing: “After 54 years in the world of music recording, it is with great pleasure that I now sign JETHRO TULL to a record company which reminds me, in many ways, of the old Chrysalis label — both as an independent and in its later years in partnership with EMI. Here are real music guys with a passion for the best and most creative in rock music. We look forward to a long and fruitful relationship and more releases to come.”

InsideOut Music label manager Thomas Waber states: “Adding JETHRO TULL to the roster is an incredible honor for us. The band are true innovators of the genre and we are looking forward to working with them on their new album. We are sure their countless fans will be as excited about it as we are.”

Anderson formed a blues and jazz fusion band in the mid-60s and the name changed frequently until an agent, with an interest in history, booked them as JETHRO TULL, and the name stuck. Ian took up the flute, as he felt he would never match Eric Clapton as a guitarist as and, with a coat purchased to keep out the cold in a draughty bedsit, the image of the tousled, flute-wielding minstrel was born.

TULL‘s debut album, “This Was”, received favourable reviews and sold well upon its release in 1968. The commercial breakthough came the following year when “Living In The Past”, with its unusual 5/4 time signature, reached number 11 in the singles chart and an appearance on “Top Of The Pops”, performing the No. 4 hit “The Witch’s Promise” brought TULL to a much wider audience.

Musically, a historical theme was developing which Anderson exploited as the creative force behind a series of critically acclaimed albums including “Stand Up”, “Benefit”, “Aqualung”, “Thick As A Brick” and “Passion Play”.

JETHRO TULL became one of the most distinctive and original bands to fall under the “progressive rock” umbrella and that still sets them apart as one of the best-loved bands of the genre.

Over 50 years on, Ian Anderson and JETHRO TULL continue perform some 70 to 100 shows each year around the world. Anderson‘s energy and enthusiasm for his music still makes JETHRO TULL concerts an experience to savor.

The band currently consists of:

TRIUMPH’s Long-Awaited Documentary To Be Released This Fall

TRIUMPH drummer Gil Moore spoke to Dr. Music about about the forthcoming first-ever feature documentary about the band's dramatic career. He said (as transcribed by BLABBERMOUTH.NET): "It'll be [out in Canada] this fall. Will it come out in [the rest of North] America at the same time? I'm not sure. Canada, it'll be fourth quarter this year, for sure. If it's simultaneous in America, then it'll be the same time. And if not, my guess would […]