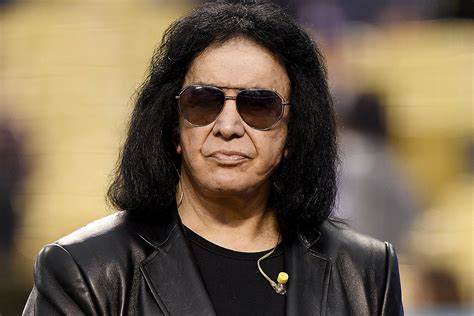 The KISS bassist/vocalist’s diagnosis comes less than a week after his bandmate Paul Stanley revealed that he had also contracted the disease caused by the novel coronavirus, forcing the postponement of three shows on the group’s “End Of The Road” farewell tour.

Earlier today (Tuesday, August 31), KISS released the following statement: “KISS will postpone their next four tour dates. While Paul Stanley recently tweeted that he has recovered from COVID, Gene Simmons has now tested positive and is experiencing mild symptoms. The band and crew will remain at home and isolate for the next 10 days and doctors have indicated the tour should be able to resume on September 9th at FivePoint Amphitheatre in Irvine, CA. All previously purchased tickets will be honored for the new dates once announced. More information will be emailed to ticketholders directly.”

When Stanley first tested positive last Thursday, KISS said the whole band and the crew members who are traveling with them on the tour are fully vaccinated.

Members of KISS “and their crew have operated in a bubble independently to safeguard everyone as much as possible at each show and in between shows,” the band wrote in the statement.

“The tour also has a COVID safety protocol officer on staff full-time that is ensuring everyone is closely following all CDC guidelines,” the statement continued.

In a recent interview with Rolling Stone, Simmons urged fans to get vaccinated against COVID-19, saying: “I would highly recommend for everybody to get two Pfizer or Moderna shots, please — for the rest of us. Even if you believe the Earth is flat, it’s not.”

KISS kicked off the summer 2021 leg of its “End Of The Road” farewell tour on August 18 at the Xfinity Center in Mansfield, Massachusetts. The concert marked the band’s first full-length live appearance in front of an audience since March 2020.

KISS‘s farewell trek was launched in January 2019 and was originally scheduled to conclude on July 17, 2021 in New York City but is now expected to last well into 2022.

KISS‘s current lineup consists of original members Stanley and Simmons, alongside later band additions, guitarist Tommy Thayer (since 2002) and drummer Eric Singer (on and off since 1991).

Corey Taylor says that the new SLIPKNOT album will include some songs which are "really outside the realm" of what he and his bandmates have done before. The singer, who spent the last few days quarantining at a Denver hotel after testing positive for COVID-19, discussed SLIPKNOT's follow-up to 2019's "We Are Not Your Kind" LP while chatting with fans virtually as part of this year's GalaxyCon. Speaking about the progress of the album's recording sessions, Corey said (as […]