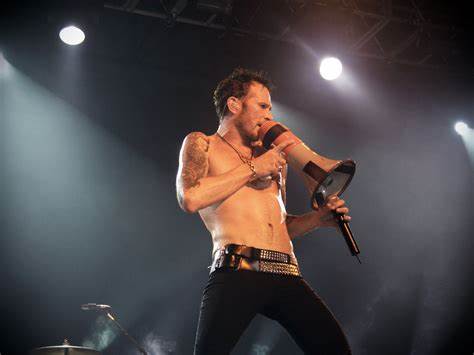 The Reelz cable network has set a My 9 premiere date for “Autopsy: The Last Hours Of Scott Weiland”.

Known affectionately as “the last great rock star,” grunge icon Scott Weiland died on December 3, 2015. The singer and songwriter was just 48. His death came suddenly while on the road with his new band THE WILDABOUTS.

Scott sold over 20 million records as lead singer of STONE TEMPLE PILOTS, and supergroup VELVET REVOLVER, and he famously lived the rock star lifestyle to the full. As sales skyrocketed, he indulged in all the excesses that come with success in the music business, but all the time he was battling alcoholism and mental illness.

At the height of his career, Scott developed a devastating heroin addiction, and towards the end of his life, his behavior became increasingly unpredictable and erratic. The examiner’s report cites mixed drug toxicity as the cause of death — but there was no heroin found in Scott‘s system, and renowned forensic pathologist Dr. Michael Hunter believes that Scott‘s well-documented drug use doesn’t present the full picture. He investigates Scott‘s troubled past and discovers a catalog of traumatic events and dangerous activities in Scott‘s life story. Together they created the circumstances for him to die suddenly and without warning on a cold winter’s day alone on his tour bus.

A January 2016 report from Billboard revealed that Scott was dealing with hepatitis C, mental illness and the knowledge that both his parents had cancer in the final months of his life. The article featured interviews with Scott‘s widow Jamie, his mother Sharon, his WILDABOUTS bandmates Tommy Black and Nick Maybury, tour manager Aaron Mohler and others.

At the time of his death, Weiland was dealing with self-medication, estrangement from his children, financial difficulties and a steadily increasing drinking problem. Mohler said: “If I had known he was going to die, I would have taken every bottle away from him and thrown it. Just broke it right there.”

Jamie said that Scott had been experiencing episodes of paranoia and mania caused by bipolar disorder.

She explained: “At one point, it was so bad I had to move out because he was unstable.” Eventually they found a medication that leveled him out, with Jamie adding “For the last couple of years, he was doing pretty great.”

Jamie also opened up in the article about the legal battle with Weiland‘s ex-wife Mary over his estate, saying: “I don’t know under what mattress she thinks she’s going to find $2 million, because it sure as shit isn’t here. He was broke.”

During a new appearance on The VR Sessions' "Riff On It", GODSMACK frontman Sully Erna spoke about the progress of the songwriting sessions for the band's new studio album. He said (transcribed by BLABBERMOUTH.NET): "We just started writing again — like, literally a month ago; not even. I bought a property down in Florida recently, because I just wanted to get away from all this nonsense that is going around the country. I don't wanna go down […]