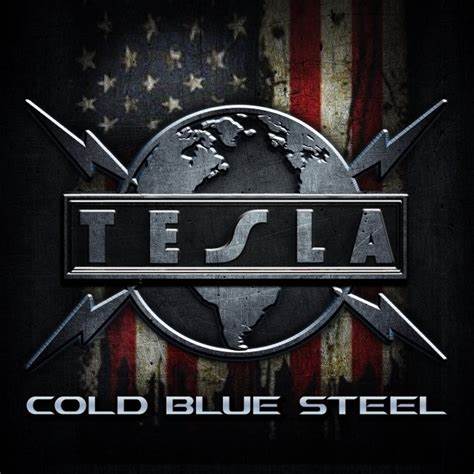 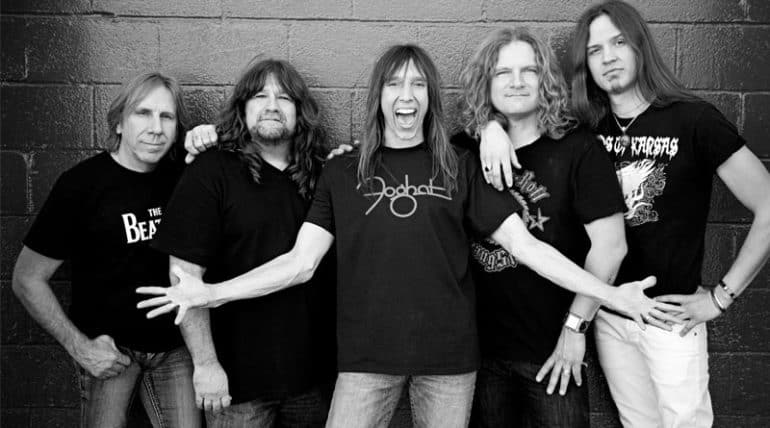 Veteran Northern California rockers TESLA will release a brand new single, “Cold Blue Steel”, on August 27. In a new interview with Rob Rush Radio, guitarist Frank Hannon told described the track, which he co-wrote with singer Jeff Keith, as “a very real-sounding rock and roll new song. It’s influenced by [late LYNYRD SKYNYRD singer] Ronnie Van Zant. It just turned out that when I was in the garage playing my guitar, writing the riff for the music, JK [Jeff Keith] had called up and he was listening to ‘Saturday Night Special’ by LYNYRD SKYNYRD. And so we decided to kind of touch on that subject. And we wrote that song. And we’re really happy with the way it sounds. It’s really raw and edgy. And we kept all the recordings of the demo is what we made for the single. We didn’t overproduce it. And that’s where we got the idea, ‘Let’s get real. Just keep it real.’ The lyrics even say ‘Let’s get real’ in there. And that’s what our whole motto is.”

Asked if “Cold Blue Steel” will appear on the next TESLA studio LP, Hannon said: “We’re gonna put all our new songs together on an album and approach it that way after the songs are done. So rather than putting the pressure up, ‘Okay, we’ve gotta write an album,’ and commit to 10 or 12 songs before they even got written, we’re gonna do it the other way — we’re gonna do it the other way. We’re gonna write the songs and release ’em as singles, and then at the end of it, we’ll put ’em all together on a collection. And that, creatively, just makes much more of a free-flowing creative thing. You’re not fabricating anything for the sake of making an album.”

He added: “The world is different now. People listen to their iPhones and they listen to a song or an album, and it’s over as quick as you came out of it, because of [people’s] attention span. I like [the idea of the releasing singles first] because each song comes out in its own time, and you’re not putting that idea in your mind that you have to create this bulk of material. You can just make each song as good as it can be.”

TESLA recently announced its return to performing live concerts with the “Let’s Get Real!” tour — kicking off August 5 in Grants Pass, Oregon. The tour will include shows with legendary artists STYX, KID ROCK and LYNYRD SKYNYRD, and will continue until November 2021 — hitting the continental USA and Mexico.

In June 2020, the members of TESLA got together — virtually — to jam out a quarantined version of “Breakin’ Free” as part of their online series “Home To Home”.

TESLA spent most of 2019 touring in support of its latest album, “Shock”, which was released in March 2019 via UMe. The follow-up to 2014’s “Simplicity” was produced by DEF LEPPARD guitarist Phil Collen.

Limp Bizkit's set at this year's Lollapalooza festival was buzzworthy and beyond, not just because of frontman Fred Durst's eye-catching new look, but also due to the fact that the nu-metal giants ended their set by playing a new song, "Dad Vibes," over the PA system. "This song right here, it's for you and only you," Durst told the festival crowd and the at-home audience watching the festival's livestream. "It's a song off our new album called 'Dad Vibes.' I want to […]