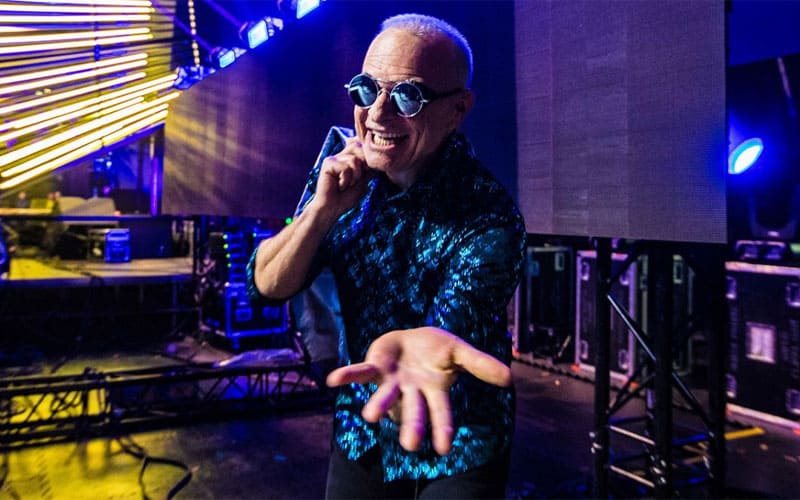 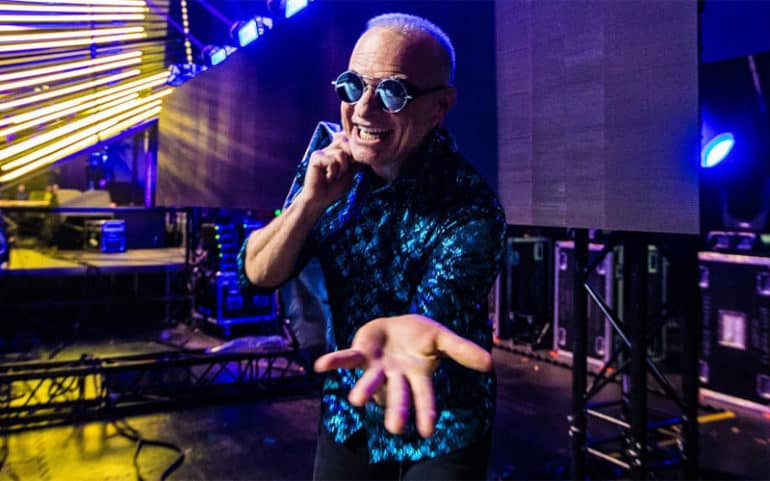 David Lee Roth has released a new song called “Giddy – Up!” The track, which also features original artwork by the VAN HALEN singer, can be heard below.

“Giddy – Up!” was one of five songs included in last fall’s The Roth Project, an online comic narrated by Roth, with music from John 5 on guitar and bass, Greg Bissonette on drums, Brett Tuggle on keyboards, and Luis Conte on percussion. The 17-chapter comic also included four other songs Roth co-wrote with John 5 and recorded several years ago at Henson Recording Studios in Hollywood, California: “Somewhere Over The Rainbow Bar And Grill”, “Alligator Pants”, “Lo-Rez Sunset” and “Manda Bala”.

John 5 got his first big break playing on Roth‘s solo album, “DLR Band”, before landing stints with Marilyn Manson and now Rob Zombie. His latest sessions with the iconic VAN HALEN frontman apparently took place at least seven years ago, with John 5 unveiling a snippet of the album during an interview with Masters Of Shred back in May 2019.

Two years ago, Roth was asked by Meltdown of the Detroit radio station WRIF if his LP with John 5 will be made available at some point. He responded: “It will. There’s been a revision of things, and I can start making real plans and start marching into the future. And, of course, you’ll start hearing that material. This is material that we wrote variously for me solo and for VAN HALEN, and it’s quite a bank of stuff.”

Roth, who was promoting his Las Vegas residency at the time, didn’t offer a possible time frame for the release of the record, explaining that his priority was “getting out on the road first. Let’s see the band, let’s show ourselves off, let’s travel all over the world.”

Back in 2015, John 5 told Guitar Player magazine that the sessions for his latest Roth album were remarkably relaxed. “I would just go to his house and I’d write these songs with him, and he would say, ‘Let’s go into the studio,'” John 5 explained. “So he would go to Henson studio and record these songs. They came out… They’re so good. They’re so good. And we’ve got Gregg Bissonette playing drums on it, and I played the bass, and they’re really great songs.”

The guitarist said that Roth‘s vocals on the album sound “like nothing you’ve ever heard. It’s old VAN HALEN — sounds like ‘Could This Be Magic?’ or anything like that. It’s just that sound, that tone.”

In a 2014 interview, John 5 described the LP as “11 of the greatest songs you’ll ever hear, and it’s just me and Dave, and we had Gregg Bissonette play drums on it. And it’s unbelievable,” he said. “There’s a song called ‘Somewhere Over The Rainbow Bar And Grill’. And you know, just great, great songs.”

Roth performed as the opening act for the February/March 2020 North American leg of KISS‘s “End Of The Road” farewell tour. 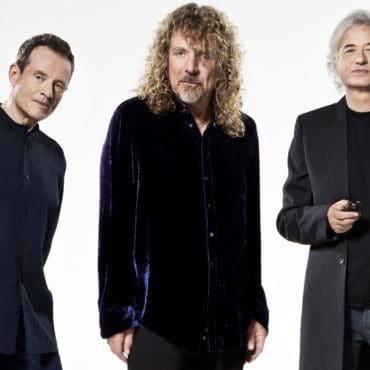 Issue 26 of Rock Candy magazine sees renowned LED ZEPPELIN expert Dave Lewis piecing together the most comprehensive forensic examination ever of the last two shows the original lineup played in the U.K., with the band's close confidant and tour manager Richard Cole confirming in a new interview that "Knebworth was never planned as some sort of grand farewell." Sadly, the death of drummer John Bonham on September 25, 1980 meant that ZEPPELIN split in December of that year. On August 4 and […]