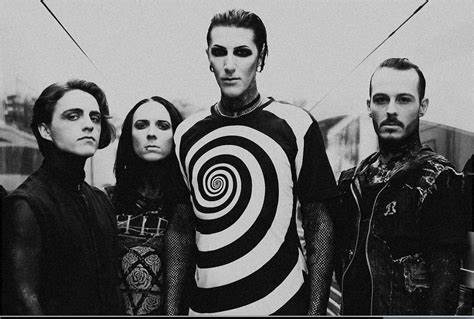 MOTIONLESS IN WHITE has shared the official music video for its single “Thoughts & Prayers”. The song remains a standout from the band’s most recent full-length album, “Disguise”. The visual was notably directed by MOTIONLESS IN WHITE guitarist Ricky Olson, marking his first time in the director’s chair.

Olson commented: “I’m super excited to have been given the opportunity to combine both of my passions into one project. Chris and the guys trusted me with a vision, and I think we were able to put together something we are all very proud of. I hope all the fans enjoy — they were at the forefront of the project and without them this video wouldn’t have been possible. This one’s for you guys!” He continued: “Again, extreme gratitude to the band and to everyone at Roadrunner for giving me the opportunity to do something I’ve wanted to do for years. Hopefully, this is the first of many!”

Last month, MOTIONLESS IN WHITE delivered a global livestream performance, “Deadstream #2 Pennhurst Asylum”. They served up a set of fan favorites outside of one of the most notorious haunted locales in the country. Raving about the event, Rock Sound attested: “On the one hand, this was a breathless and bludgeoning display that celebrated MOTIONLESS IN WHITE‘s past, present, and future. On the other, it was a career milestone from a band that has never allowed themselves to slow down or give up,” and went on to call it “the perfect taster for whatever the next chapter of MOTIONLESS IN WHITE is set to be.” Furthermore, the band dropped “Voices: Synthwave Edition”, adding another dimension to the 2017 fan favorite.

Up this summer, MOTIONLESS IN WHITE will make its much-anticipated return to the road in the States as it appears on various festivals throughout the fall, including Rocklahoma, Blue Ridge, Inkarceration and Rebel Rock, with more dates to be announced in the coming weeks.

MOTIONLESS IN WHITE‘s first “Deadstream” happened just prior to Halloween 2020, to celebrate the tenth anniversary of the band’s acclaimed debut album, “Creatures”. A month earlier, the band surprised fans with a cover of THE KILLERS‘ “Somebody Told Me”, which is available now on all streaming platforms. The cover followed the arrival of MOTIONLESS IN WHITE‘s “Another Life / Eternally Yours: Motion Picture Collection” EP, which was produced by Justin Deblieck and mixed by Steve Sopchak. For the EP, the acclaimed Scranton, Pennsylvania band reconstructed, reimagined, and reinvigorated two fan-favorite singles: “Another Life” and “Eternally Yours”. Additionally, they included brand new cinematic instrumental tracks for both. For this big screen-worthy interpretation of “Another Life”, they recruited dark pop Estonian artist Kerli to contribute an emotionally charged vocal. Over a bed of orchestral strings and sparse piano, frontman Chris Motionless locks into a haunting and hypnotic duet with her. The official music video offers a ghostly counterpoint and alternate view of the original as well.

In October, MOTIONLESS IN WHITE released a brand-new standalone single, “Creatures X: To The Grave”. 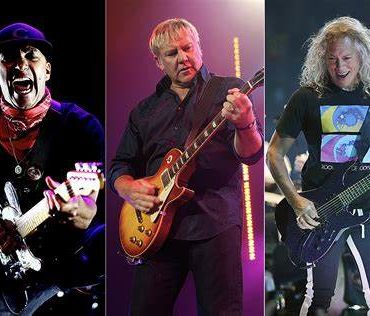 Rush guitarist Alex Lifeson recently participated in a virtual guitar summit with Metallica’s Kirk Hammett and Rage Against the Machine’s Tom Morello and Metallica’s Kirk Hammett. The song will appear on a work Morello is currently assembling. “I think this is a project that he’s working on with a bunch of different musicians,” Lifeson tells UCR. “I don’t really know what the future holds for it, but I really loved doing it.” Morello is a longtime Rush fan who campaigned for the band to […]