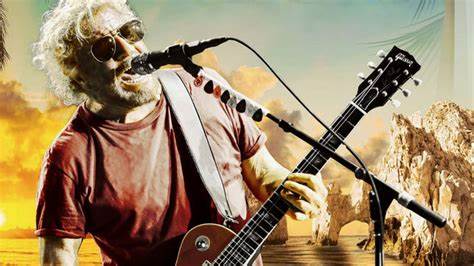 Due to extraordinary pre-sale ticket demand which saw his first two weekends of shows sell out in just two hours, Rock And Roll Hall Of Famer Sammy Hagar has added two additional shows, Friday, November 12 and Saturday, November 13 to his first Las Vegas residency, “Sammy Hagar & Friends”, at The STRAT Hotel, Casino & SkyPod. Tickets will go on sale to the public on Saturday, July 3 at 10 a.m. PT at this location. Additional shows for 2022 will be announced shortly.

Hagar remarked: “Adding these shows so quickly makes me happier than anyone for the fans that didn’t get tickets the first time. This is exciting. We’re going to be doing this for a while.”

Hagar will bring together a legendary circle of friends and bandmates, past and present, to the intimate 800-capacity STRAT Theater, including 300 GA floor tickets for a party vibe in front of the stage. Michael Anthony, the legendary bassist who’s played with Hagar for the past 30 years in bands including VAN HALEN, CHICKENFOOT and THE CIRCLE, and Vic Johnson, Hagar‘s longtime guitar virtuoso and bandmate in THE CIRCLE, are confirmed for all six shows. Jason Bonham, the acclaimed Grammy-winning drummer and their bandmate in THE CIRCLE, is confirmed for the first two shows, October 29 and October 30, with surprise and special guests to be announced. The theater will be designed to capture the beach vibe Hagar‘s synonymous with, including elements of his famed Cabo Wabo Cantina in Cabo San Lucas, home to his epic annual birthday bash.

Fans will take in the experience of a lifetime seeing the legendary artist performing some of his greatest hits, which include some of the most iconic rock anthems ever written, like “I Can’t Drive 55”, “There’s Only One Way To Rock”, “Right Now”, “Heavy Metal”, “Mas Tequila”, “Why Can’t This Be Love” and many more in an intimate venue. “Sammy & Friends” will celebrate Hagar‘s career, spanning four decades, from his solo career, MONTROSE, VAN HALEN, CHICKENFOOT, THE CIRCLE, and surprise additions to the setlist depending on which of his musician friends take the stage with him. Produced by industry leader SPI Entertainment and Hagar‘s manager, Tom Consolo, of TC Management, the show will transport the audience to Baja, where you never know who will join Hagar on stage.

General ticket prices begin at $100, plus applicable tax and fees, and a limited number of VIP meet & greet packages are also available for each show. All shows begin at 9 p.m. Purchases will be limited to six tickets per transaction.

According to the Las Vegas Review-Journal, Hagar is inviting such guest stars as Toby Keith, Rick Springfield, Kenny Chesney, Vince Neil (MÖTLEY CRÜE) and Jerry Cantrell (ALICE IN CHAINS) to the party. As for the setlist, Hagar says: “THE CIRCLE has the best setlist in the world, and the WABOS play a lot more of my old, deeper tracks, and my old vintage catalog from the rocker area, from the ’70s, ’80s — it’s a mosh-up,” Hagar said. “We’ll start with six, seven VAN HALEN songs, a couple of MONTROSE tracks, a LED ZEPPELIN song, six CIRCLE songs. We’ll mix it up pretty good.” 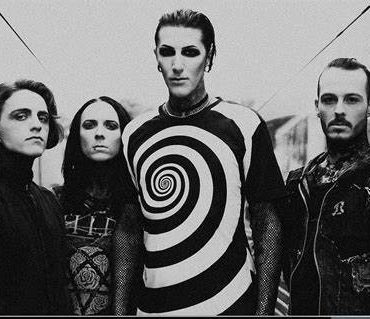 MOTIONLESS IN WHITE has shared the official music video for its single "Thoughts & Prayers". The song remains a standout from the band's most recent full-length album, "Disguise". The visual was notably directed by MOTIONLESS IN WHITE guitarist Ricky Olson, marking his first time in the director's chair. Olson commented: "I'm super excited to have been given the opportunity to combine both of my passions into one project. Chris and the guys trusted me with a vision, and I […]