SLIPKNOT Announces KNOTFEST IOWA With FAITH NO MORE, MEGADETH, LAMB OF GOD, Others 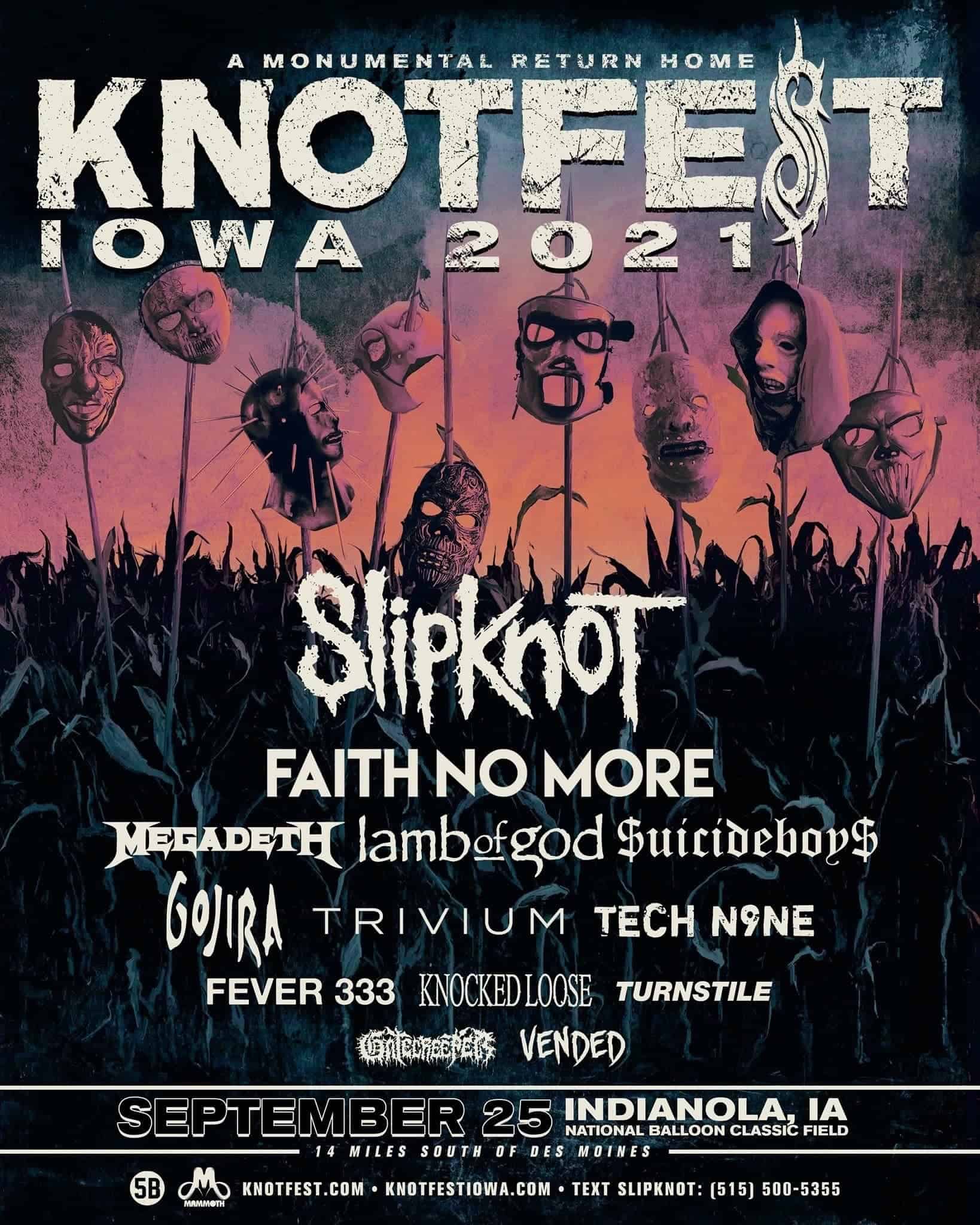 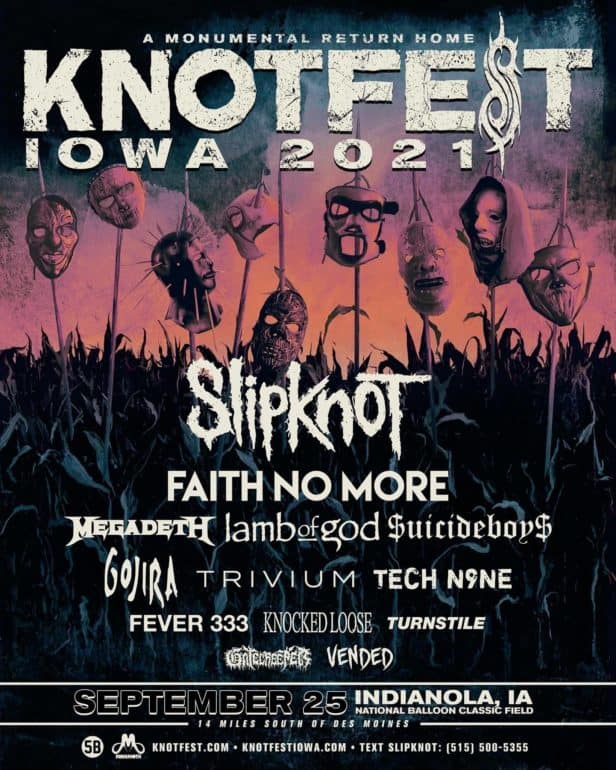 Knotfest, the music and counterculture experience created by the multi-platinum sonic phenomenon and nine-piece force of nature SLIPKNOT has today confirmed the return of Knotfest Iowa for 2021. The event will be the biggest heavy music festival to ever hit the mid-western state and will be held at National Balloon Classic Field in Indianola, Iowa on Saturday, September 25, with SLIPKNOT headlining. The full lineup features FAITH NO MORE, MEGADETH, LAMB OF GOD, $UICIDE BOY$, GOJIRA, TRIVIUM, TECH N9NE, FEVER 333, KNOCKED LOOSE, TURNSTILE, GATECREEPER and VENDED.

Tickets will be available on pre-sale to Knotfest.com subscribers from 10 a.m. Central time on today (Tuesday, May 25), with a general on-sale from 10 a.m Central on June 4, over at KnotfestIowa.com.

The Iowan icons have also confirmed the exciting news that they returned to the studio last month to work on new music. The band will deliver updates soon.

With SLIPKNOT bringing their incendiary live experience home once more to their native Iowa, SLIPKNOT percussionist M. Shawn “Clown” Crahan says: “A home show is always insane, but a home Knotfest show will be on a whole other level. Prepare. See you soon for the new reality. Stay (sic).”

In related developments, SLIPKNOT‘s news and content web site, Knotfest.com is absorbing the band’s Outside The 9 fan club and will now offer fans of both SLIPKNOT and heavy culture in general, the opportunity to gain access to a wealth of exclusive content and opportunities first. The behind-the-scenes footage showcasing the making of the band’s next album will be accessible exclusively for fans who join the Knotfest community. Digital memberships for Knotfest.com start at $6 a month or $50 annually, with a free tier also available. Subscribers will get an array of exclusive access and bonuses including:

Speaking to Rolling Stone, Crahan described Knotfest as “a dark carnival experience. It’s not just the shows, but the environment created around it. It’s all about having fun. A day dedicated to our mentality, our ideas, to the people we want to be with. I’m talking about smells, sights, hearing, your body, everything will be overloaded with stimulation.”

Twenty-two years ago, nine inspired musicians from Des Moines, Iowa, shattered the scope of what was possible in rock music. From the moment SLIPKNOT emerged in 1999 with their self-titled debut, it was clear they were like nothing the world had seen before. Where a similarly creative act may have burned out or lost their relevance chasing mainstream acceptance, SLIPKNOT has only proven that an enduring commitment to constant evolution, their craft, and their fans can allow a rock band to not only continue — but flourish and push the envelope on what defines heavy metal and rock music in general. With “We Are Not Your Kind”, SLIPKNOT‘s first new album in five years, the band delivered when they were needed most. Meanwhile, SLIPKNOT‘s annual Knotfest festival has evolved into the biggest hard rock and metal festival in the world, expanding to four continents. Over 550,000 fans have attended these massive festivals, which are as cultural as they are music-based, mixing heavy rock with hip hop, world music, visual art, experiential installations, and much more. Recorded music and live performances aside, SLIPKNOT has always permeated mainstream culture in ways that defy expectations. Recently, SLIPKNOT partnered with Amazon Studios‘ advertising campaign for their smash hit series “The Boys”, and have launched SLIPKNOT No. 9 Whiskey in a partnership with Cedar Ridge Distillery (American Distilling Institute‘s “2017 Distiller Of The Year”).

“We Are Not Your Kind”‘s sales in the U.S. were boosted by a concert ticket/album sale redemption offer with SLIPKNOT‘s summer 2019 tour. 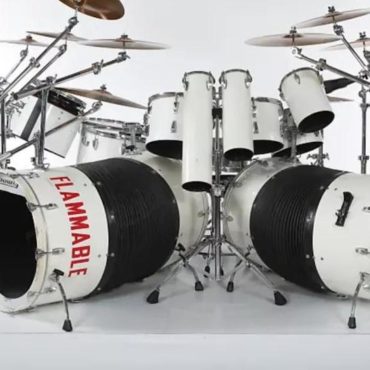 Julien's Auctions has announced the marquee lineup of "Music Icons", the world-record breaking auction house to the stars' annual music extravaganza on Friday, June 11; Saturday, June 12; and Sunday, June 13 2021 live at Julien's Auctions in Beverly Hills and online at juliensauctions.com. A canon of over 1,000 music iconography featuring instruments, memorabilia, wardrobe and personal property owned and used by the greatest 20th- and 21st-century's pop culture icons representing the genres […]